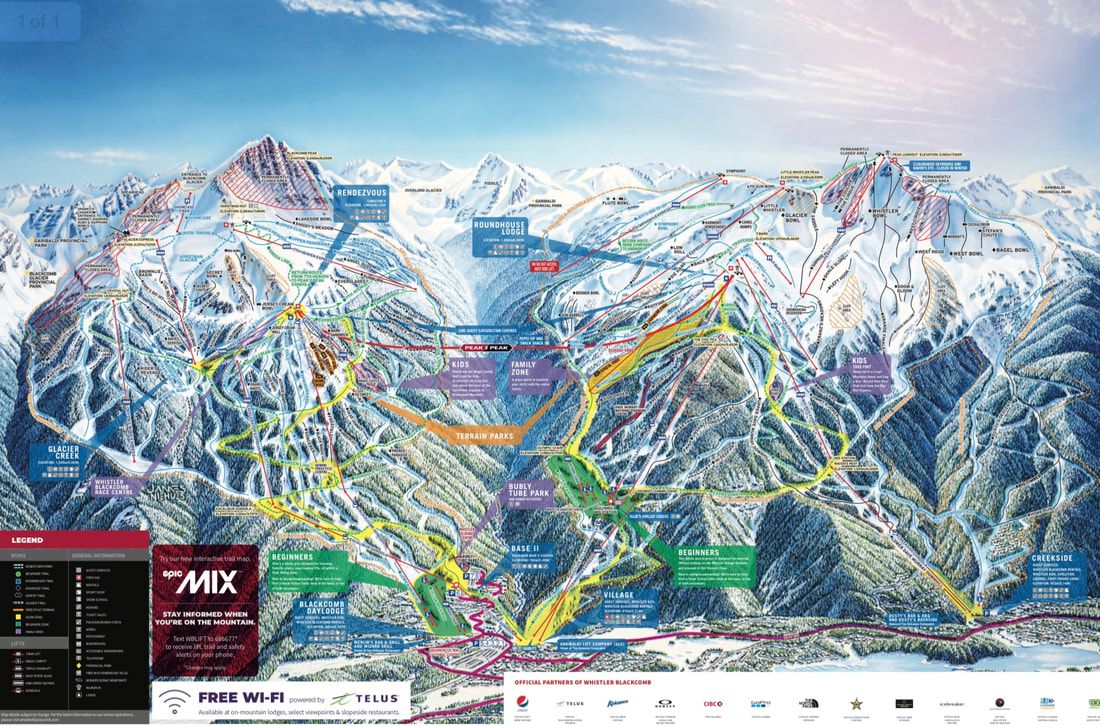 WHISTLER IN WINTER
WHISTLERBLACKCOMB
The power of the landscape, the towering mountains, the crisp air and glinting snow cast the trivial aside and draw your focus to what’s truly important. It’s a force of nature: something real. It manifests itself in our undeniable reputation, our legendary terrain, our reliably deep snow and our world record-breaking gondola. We’re all drawn here for different reasons. Some are attracted to a mountain town with an undisputed atmosphere. Others are pulled in by the pedestrian village with ski-in/ski-out lodging. Many seek the outdoor adventures that range from just-enough to over-the-top. Then there’s the world-famous après, five star dining, spas, shopping, or nightlife that are hard for anyone to resist. And at the center of it all, the two largest, consistently top ranked, side-by-side ski mountains in North America create a place with limitless possibilities.

AND HOSTED THE WINTER OLYMPIC AND PARALYMPIC GAMES IN 2010BUILT ON AN OLYMPIC DREAMWhen a group of Vancouver business men, lead by Franz Wilhelmsen, headed North over 50 years ago to find a mountain suitable for hosting the Winter Olympics, the group stumbled upon London Mountain after spending 4 hours of logging roads to reach it. But the idea of hosting the Olympic Games in less than a decade was met with a lot of skepticism and very few believed it could be done. In the end those people were right and the bid for the 68' Games failed. But that didn't get the group down and Franz and his team kept going to open, what it is now called Whistler Mountain, in 1966 for skiing.
Over 50 years later since the first lifts in Creekside carried skiers up Whistler Mountain, Whistler Blackcomb and the highly influential group of icons and legends who've left their mark here, have constantly been pushing limits of what can be done on snow and in the resort business making it the #1 resort in North America today. From the development of Blackcomb Mountains, Whistler Mountains next door neighbour, to both mountains joining as one resort, to the development of the Guinness World Record Breaking PEAK 2 PEAK Gondola, to finally having the first dream come true of hosting the Games in 2010, Whistler Blackcomb is a resort that is untouchable and is the favourite place to ski and ride for millions globally.
But there is so much to the story. To learn more, you'll need to watch it for yourself.


50 YEARS OF GOING BEYOND - THE MOVIE50 YEARS OF GOING BEYOND - THE MOVIEFor the last five decades, Whistler Blackcomb has left its mark on those who are drawn to the mountains. What started as a single Olympic dream in 1966 has evolved into the largest ski resort in North America, with a slew of accomplishments to back it up. From the resort's adventure-seeking founders to its freestyle heydays - and breaking Guinness World Records along the way - snowsport industry legends recount the contributions that Whistler Blackcomb has made to skiing and snowboarding and the significance of its golden anniversary. But while 50 Years of Going Beyond solidifies the resort's legacy in the past, there is no denying that the last 50 years is just the beginning.
2010 WINTER OLYMPIC AND PARALYMPIC GAMESDuring the winter of 2009/2010, Whistler Blackcomb realized a five-decade-long dream of hosting the Olympic and Paralympic Winter Olympics.
The 2010 Olympic and Paralympic Winter Games was Whistler Blackcomb's chance to make Canada proud. Though years of hard work went into the planning of a well-executed Games, there could be no accounting for the incredible energy, enthusiasm, and pride that spontaneously erupted from everyone who experienced them.
Whistler Blackcomb played host to the world's best athletes and a global contingent of volunteers, and this diversity provided the memories that we will carry with us forever as souvenirs.