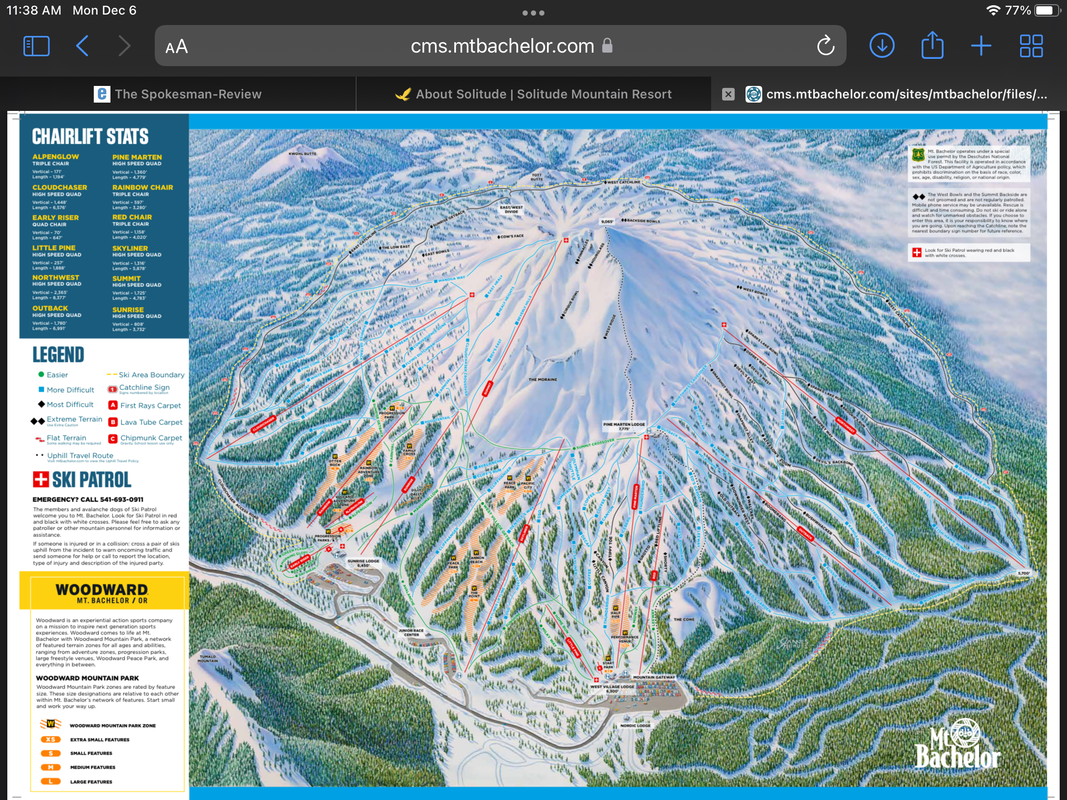 INFO ABOVE & BELOW COURTESY OF MT.BACHELOR

WINTER 1958-59
Bachelor Butte ski area opens Oct. 18 with one 3,900 foot pomalift, two rope tows and a 30 x 50-foot day lodge, named Egan Lodge after Forest Service supervisor, James Egan. The opening is marked with an official ceremony on Dec. 19. The first season nets a total of 29,000 skier visits and is open 86 days. Heavy snow blocked the use of the slopes on 5 days. Daily tickets are $3, individual season passes are $50 and family season passes are $85. Cliff Blann serves as manager of Bachelor Butte.

1962
The first chairlift is installed, appropriately titled Chair #1 (later named Black chair), which rises to an elevation of 7,700 feet. The project cost an astronomical $100,000, the same price as the initial resort start-up.

1974-75
Ski Carpool Parking Lot is built at Mt. Bachelor Village with the land, work, and equipment donated by local businessmen worried about the possible effects of a loss of winter tourists due to gas shortage. 257,000 skier visits.

1988
Bill Healy steps down as President of Mt. Bachelor and is replaced by David Marsh. Pine Marten Lodge is built.

1991
Century Drive highway is expanded from two to four lanes from the Sunriver junction to the ski area.

2016
Cloudchaser Lift line is completed and opens to the public, offering 6.2 miles of groomed runs and 635 acres of new skiable terrain. This addition made Mt. Bachelor the 6th largest ski resort in the United States.

​2020
Mt. Bachelor opens the ZipTour zip line, a unique mountain experience that was a decade-long collaborative project between Mt. Bachelor and the USFS. This dual-line, three-stage tour launches from an elevation of 7,800 feet above the tree line at the top of Pine Marten lift and drops nearly 1,400 vertical feet along the volcano’s slopes to make it the Northwest’s steepest, fastest, and highest-elevation zip adventure.