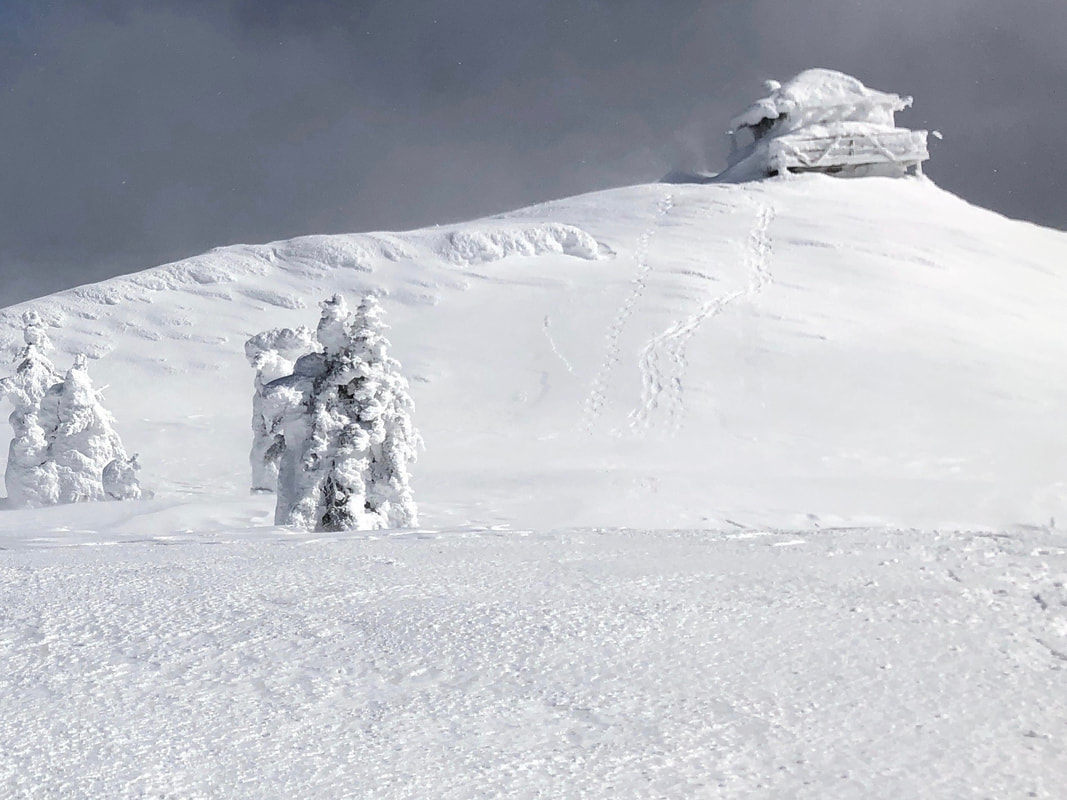 WE HAVE ADDED THE AREAS SHERIFF’S EMERGENCY PHONE NUMBERS FOR EACH TRIP WRITE UP UNDER THE RANGER DISTRICT INFO. IF AN EMERGENCY OCURRS, EVALUATE YOUR CIRCUMSTANCES AND CALL ONLY IF NEEDED.
​Star Peak used to be called Squaw Peak on older maps and apps.
Trail #998 starts near the Big Eddy Campground and Boat launch along the Clark Fork River, on Highway 200. The actual trailhead was relocated in 2016-7.
Most of the trail is up thru thick forests of Douglas Fir, until higher up the trail, where Lodgepole pine takes over. Be sure to stop and rest occasionally along this trail.
As you approach the summit, the views are restricted to the trees. But as you walk onto the summit block, the views open up.
​In the middle of the summit area stands an old rock cabin that was used for storage for the lookout personnel. The active lookout tower remains on it's rocky pinnacle above to the east. Take a moment to walk to it for some of the most spectacular views in the area.
But there's something else that draws people to this peak. Off in the distance to the south rim of the summit, is the most spectacular outhouse you can imagine. It sits on the very edge of the summit block. From near the outhouse, you can look down some 50+ degrees to the Clark Fork River and Hwy 200..
Take extra care descending this trail. It is steep in places and hard on the knees.

From Clark Fork, head east on Highway 200 into Montana for 6 miles and look for a Big Eddy sign along Hwy 200. Look for the new parking area. Across from the Big Eddy sign is a steep road that leads to the trailhead.

Long hard up with lots of elevation gain. Take many rest breaks on this hike. 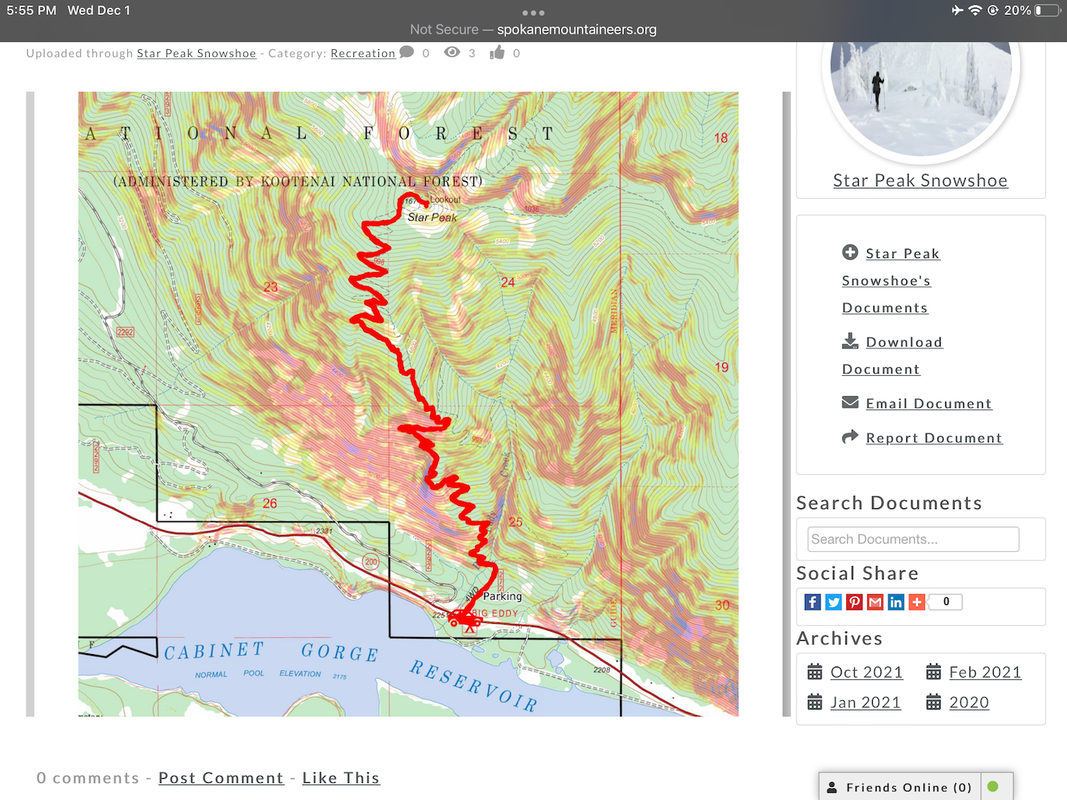 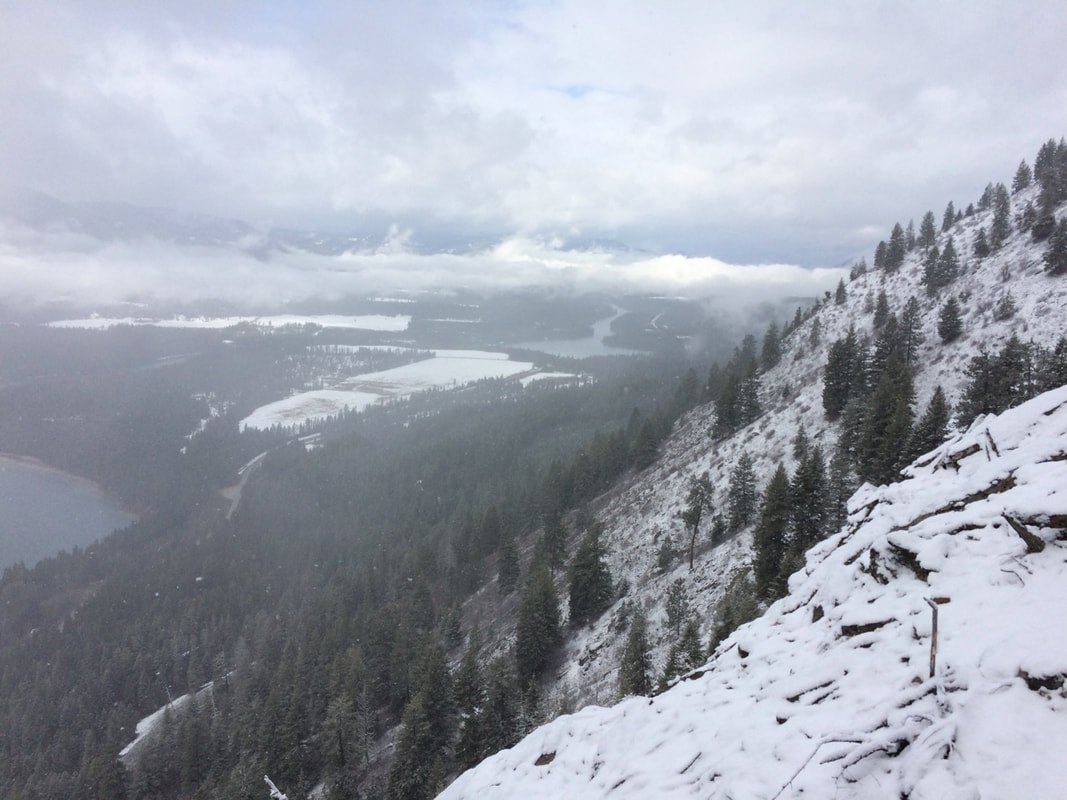 On the way up looking west towards Clark Fork 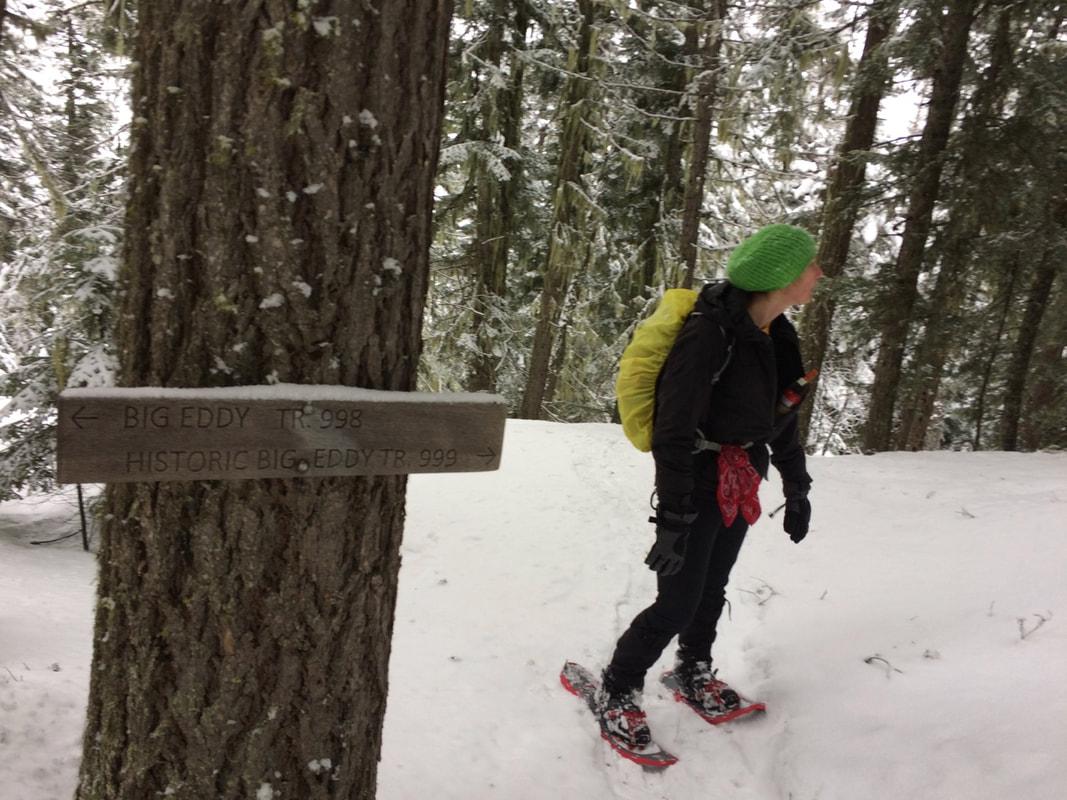 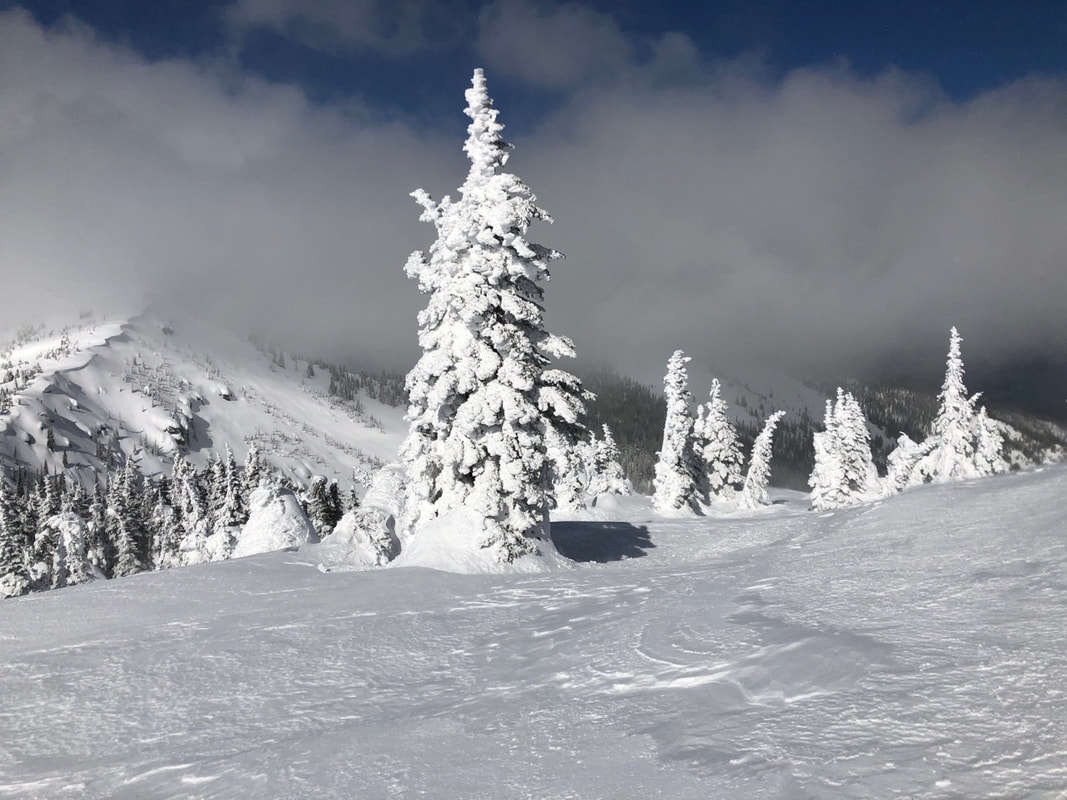 LOOKING NORTH FROM THE SUMMIT 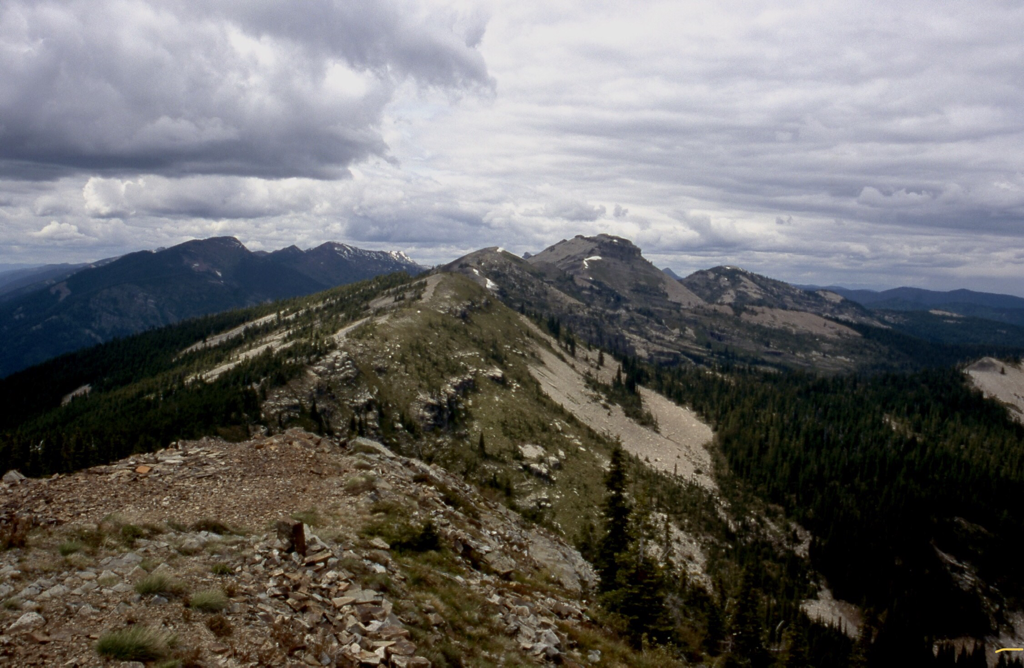 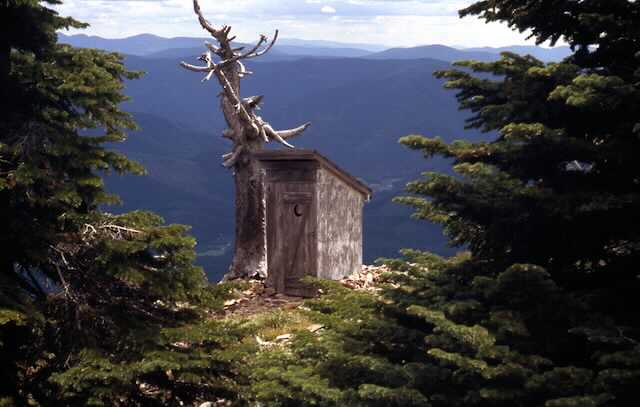 THE MAIN ATTRACTION AT STAR PEAK. THIS OUTHOUSE HAS AN INCREDIBLE VIEW.
A REAL POOP WITH A VIEW.

1906:   Established as an unimproved observation point.
​December 27, 1907:   "T​he supervisor expects some time this winter or early in the spring to begin building the telephone line up Bull river to the lookout point on Squaw peak."   (The Sanders County Independent-Ledger)
​
​June 19, 1908: “The trail from Bull river to the top of Squaw peak, where a lookout station will be maintained during the fire season, was completed recently and is now open from the mouth of Star gulch to the summit.” (The Sanders County Ledger)
July 23, 1909:   "The Squaw Peak lookout station, at the west end of the Cabinet National Forest, in charge of Forest Guard James Berray, has already shown its efficiency by reporting the discovery of three fires in the Coeur d'Alene forest and one in the valley near Noxon, outside of the Cabinet forest boundaries, the presence of none of which had not become known to anybody prior to the lookout reporting them.  A telephone line from the peak affords communication with the supervisor's headquarters and the several ranger stations and no sooner is a fire discovered by the lookout than are steps on foot for its quelling.  The Mt. Silcox station will soon be occupied.  At present the mountain top is the abiding place, day and night, for three forest service men engaged in trail work, and they keep a lookout for fires, though hereabout there is but little damage just yet, unless a careless camper leaves his fire unguarded."   (The Sanders County Ledger)

July 27, 1909:   "It has been reported to the district forester that forest fires are now burning in national forests in Idaho, and that, incidentally, the practicability of lookout stations has been demonstrated.  One fire is on Gold creek, north of Clark's Fork, Idaho, and is said to be doing considerable damage.  It was discovered by a forest guard stationed in a lookout cabin on the top of (Squaw) Star Peak, a jagged mountain of the locality which rears its head far above the surrounding country and enables anyone on its summit to overlook the country for 65 miles around.  From this point one can see from Sandpoint to Trout Creek.  The station is fitted with telephone facilities, and when the fire broke out the supervisor, 75 miles away, was promptly notified and got assistance to the scene in short time.  A large force of rangers and guards is now fighting the flames."   (The Daily Missoulian)

​
​October 15, 1909: “Supervisor R.H. Bushnell devoted all last week to inspecting permanent improvement work and looking over timber sales in the Bull river and Noxon district. He visited Squaw peak and declares it an ideal lookout station during the fire season. He says the entire Clarksfork valley from Sandpoint on the west to the Blue Slide on the east, is easily visible from its top and it also affords a splendid view of the Elk creek, Pilgrim creek and Bull river valleys. Mrs. Bushnell accompanied him on his journey on horse-back.” (The Sanders County Ledger)
1910:   A stone cabin was built to serve as living quarters for the lookout.  A pillar of rocks piled for use as the observation post.
​
​July 12, 1912: “Sam Shafer has accepted a position as lookout on Squaw peak for the forest service.” (The Sanders County Ledger)
​
​September 24, 1915: “Mr. Hudson a student at Missoula who has been lookout man on Squaw peak, left here Wednesday.” (The Sanders County Ledger)
​
​July 15, 1920: “Ranger Saint has installed the Squaw Peak and Gem Peak lookouts during the last few days.” (The Sanders County Independent-Ledger)
​
​September 24, 1930: “The work of installing four ready cut lookout houses has been finished. The buildings were put on Squaw Peak in the Noxon district, Seven Point Peak in the Trout Creek district, and at Big Hole and Penrose Peaks in the Plains district.” (The Sanders County Independent-Ledger)
1930:   A R-1 style gable roof ground house was constructed.
August 31, 1950:   "Jim Brooks had been a lookout on Squaw peak and had just been released that morning due to the heavy rains."   (Sandpoint News Bulletin)

September 6, 1956:   "The forest service has released all its lookout crews for the season Dean Henderson, who was on Green mountain lookout, went up on Squaw peak Tuesday to man the automatic repeat station there until Sept. 20. Velmer Munsen accompanied him."   (Sandpoint News-Bulletin)

​
​September 13, 1962: “David Runkle was sent up to Squaw Peak the first of last week to replace the lookout who came down a few days before returning to school.” (Sanders County Ledger)
​
​July 4, 1963: “Mr. and Mrs. David Runkle went up on Squaw Peak Monday where they will spend the summer.” (Sanders County Ledger)
​
​August 1, 1963: “Mr. and Mrs. David Runkle, who are stationed at the Squaw Peak lookout were flown by helicopter to Sandpoint Friday when Mrs. Runkle needed medical attention following a spider bite. They spent the remainder of the weekend with relatives here and returned to the lookout Tuesday.” (Sanders County Ledger)
​
​September 19, 1963: “Mr. and Mrs. David Runkle came down from Squaw Peak Tuesday. They had spent the summer as lookouts there. They motored to Spokane Friday when David registered for school. They returned to Spokane again Sunday as classes at the Spokane Trade school started Monday.” (Sanders County Ledger)
September 22, 1966:   "Miss Laura Harker came down from Squaw Peak Thursday.  She has been lookout there this summer.  She was down over labor day but had to go back up due to the weather conditions."   (Sandpoint News Bulletin)
April 30, 1967:   "Miss Harker, who spent three months on Squaw Peak without a break, had only 50 visitors all summer.  She had n o electricity and used a wood stove for heat but she says she is ready for another year."   (The Independent Record)

2004:  The mountain suffered a name change from the historic Squaw Mountain to the present Star Peak. 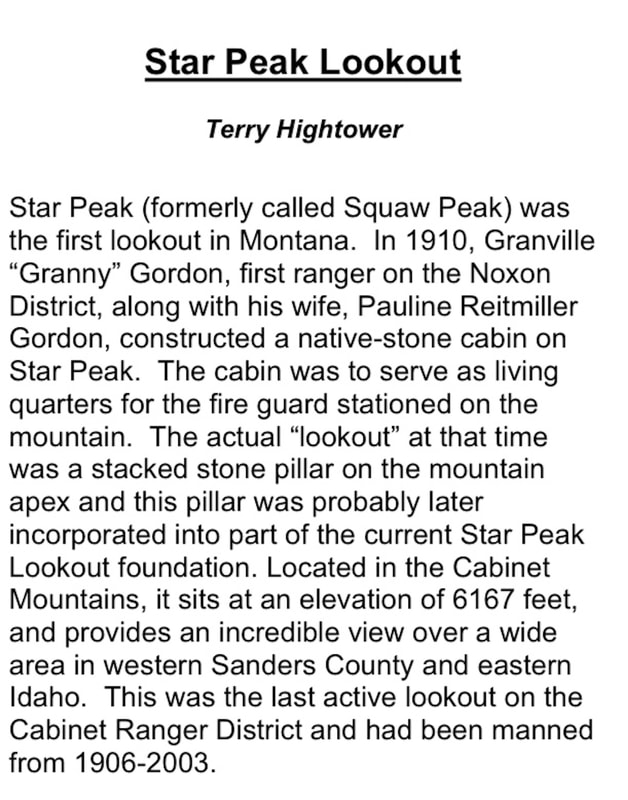 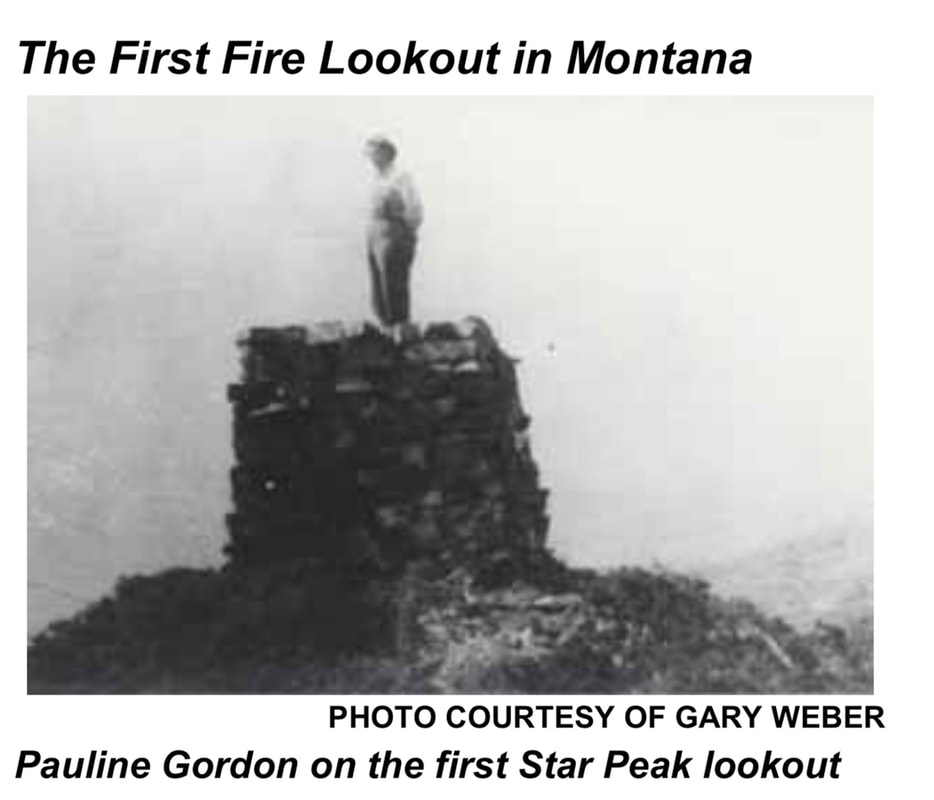 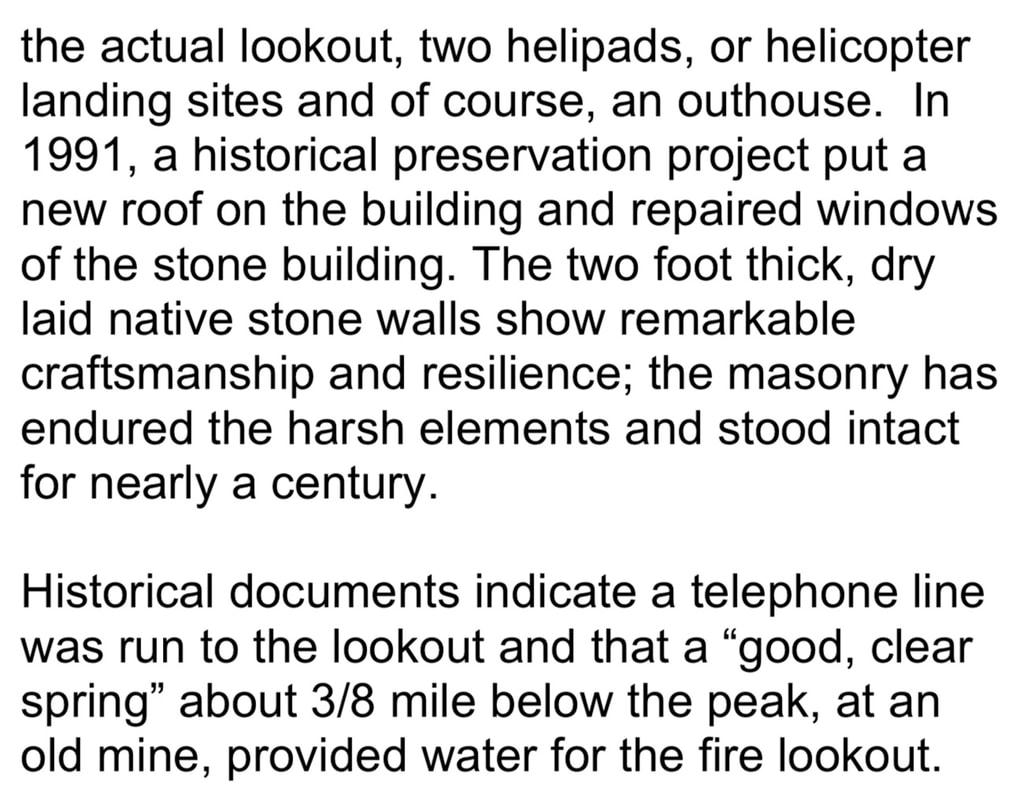 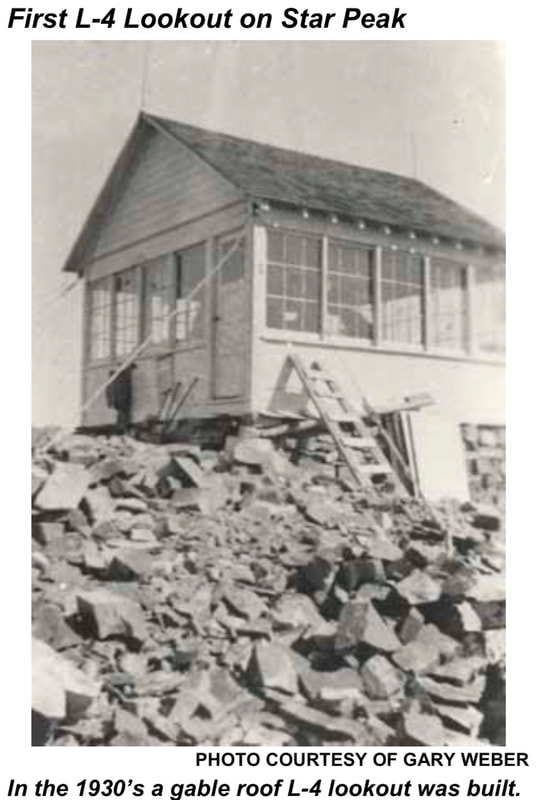