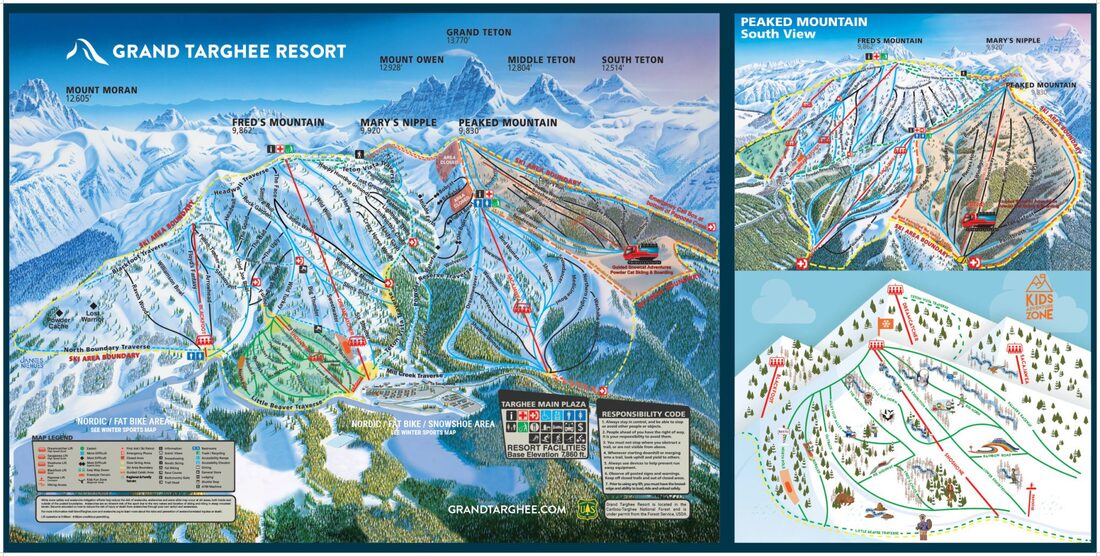 Since 1969 Grand Targhee has been the home of skiing on the west side of the Tetons. With consistent snowfall, wide-open terrain, and breathtaking views it has remained a staple of the area since its opening. While we’ve seen a few changes over the years and have more on the way, the Targhee vibe is still alive and well. Since the lifts started spinning we’ve embraced being laid back and keeping it simple. We were built for skiers and we’ve tried to keep it that way.


implemented with the Idaho Transportation Department.
2014 – For summer operations the resort purchased a “Mule” for trail building.  Two new cross-country biking trails are added, along with two downhill trails, a new flow trail, and the skills park aka Pinball.
2016 – The Blackfoot double is replaced with a fixed-grip quad Doppelmayr chair lift.
2017 – Mountain Master Plan and Base Area Plan are revised and submitted to Forest Service and Teton County Wyoming
2020 – Massive wind storm blows down thousands of trees in Middle Earth, Lot 5, and service road to Blackfoot.
2021 – New state of the art mountain operations building is constructed, $6.4 million put into employee housing, and a new parking lot is built, increasing parking by 30%
2021 – Construction begins on the new Peaked lift. Opening set for 2022/23 winter season.