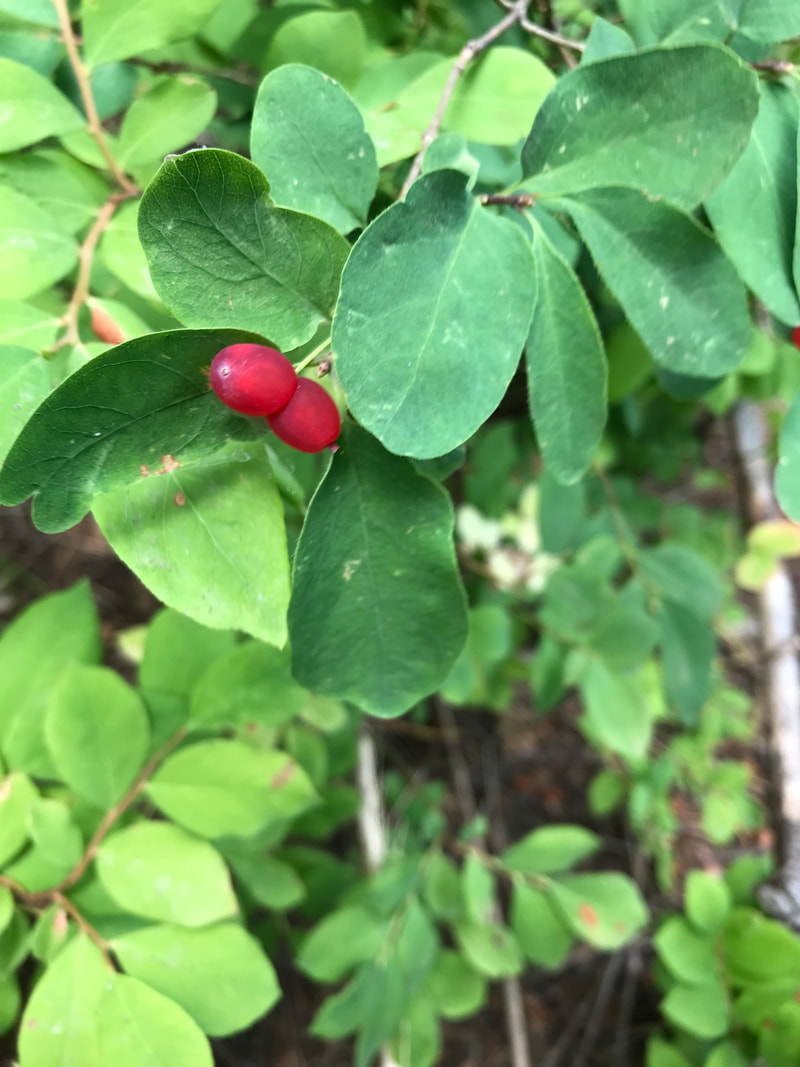 GENESIS NAME: Lonicera involcrata.  (Lonicera utahensis)
DISTRIBUTION: Western half U.S & Great Lakes
SEASON: April thru JuneMEDICAL USE: Twinberry was employed medicinally by a number of native North American Indian tribes who used it to treat a range of complaints. It is little, if at all, used in modern herbalism. The bark is disinfectant, galactogogue, ophthalmic and pectoral. A decoction is used in the treatment of coughs and as an eyewash.
POISONOUS: The berries were mostly considered poisonous, but were sometimes eaten for food. The fruit or leaves were used to induce vomiting for purification or after poisoning. ... Bears also eat the berries. Black Twinberry provides cover for small animals.
EDIBILITY: The berries are edible but not particularly tasty. Some birds and bears are known to eat the fruit, but these plants are not common enough to be important to wildlife. Twinberry is widespread, however, and the yellow flowers and paired fruits often attract attention.
Reports on the fruit vary from poisonous, to mildly toxic, to bitter and unpalatable, to edible and useful as food, depending on tribe, region or publication. The berry was used as a source of dye. Medicinal uses were many and varied among tribes.
FEATURES: Twinberry honeysuckle is a long-lived deciduous shrub which grows up to 10 feet in height. Leaves are bright green, elliptical, and paired opposite each other on the stem. Flowering occurs in June-July. Small, tubular yellow flowers grow in pairs surrounded by two leafy bracts. The bracts turn from green to a striking dark red in late summer as fruits ripen. The name involucrata refers to these bracts, which are collectively called an “involucre”. The paired black berries are about one-third inch in diameter and are unpleasantly bitter tasting. Berries reportedly had limited food use, but were used by Native Americans as a dye for hair and other materials. The fruits, stems and leaves were also used for a variety of medicinal purposes.Twinberry honeysuckle is found throughout the western United States from Alaska to Mexico. The species also occurs east of the Great Plains in Michigan and Wisconsin, where it is rare and listed as threatened and endangered. Habitats are generally moist forest openings, swamps, streamsides, and meadow edges, ranging in elevation from sea level along the Pacific Coast to subalpine sites in the mountains.
Like many honeysuckles, twinberry is an attractive ornamental which can be grown in the garden. Its flowers attract hummingbirds and birds feed on the fruits. Twinberry prefers moist, well-drained soil in full sun or partial shade, and is tolerant of cold climates. Plants are propagated either from seed or cuttings, and are available from many nurseries. 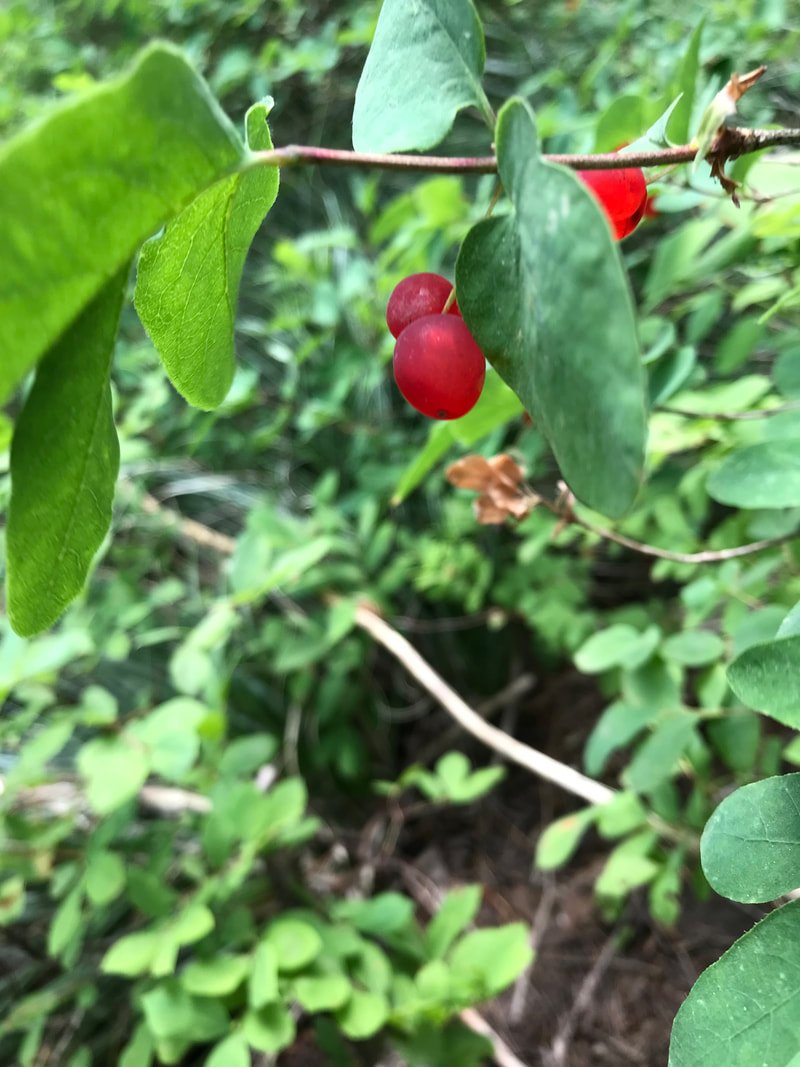