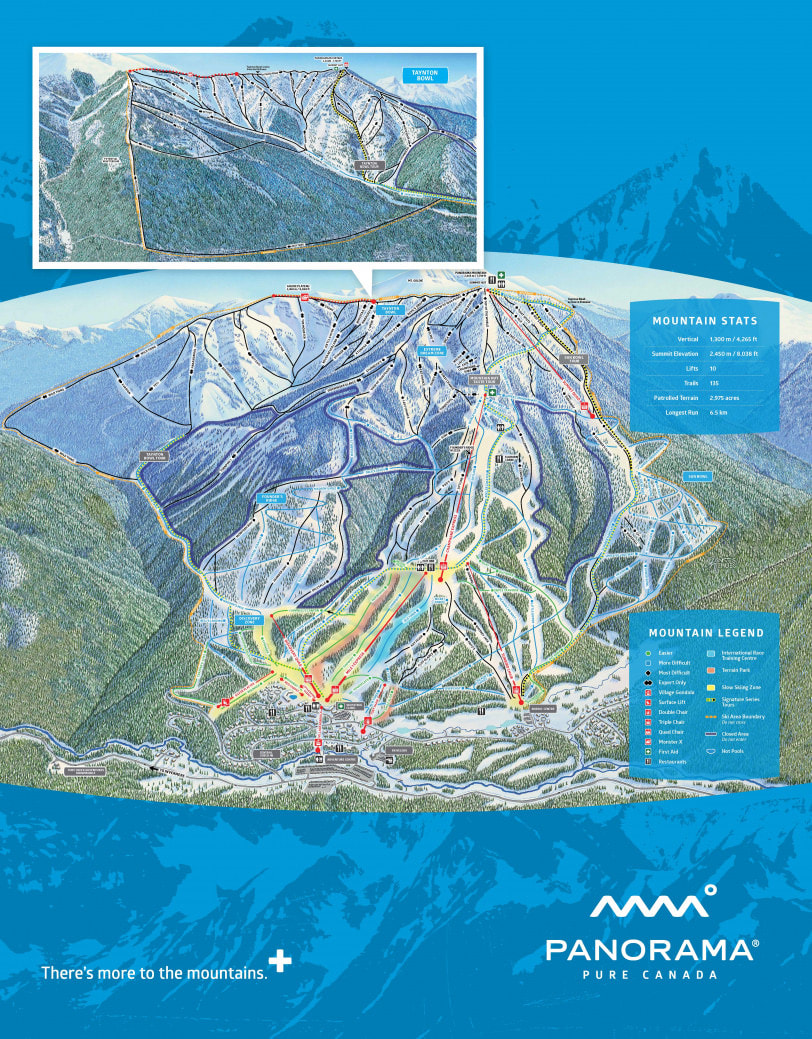 Panorama offers one of the easiest mountain resort vacations you'll ever experience. Simply check in, ditch your transportation and step out onto the mountain. Our intimate village has a great variety of restaurants, retail therapy, pubs, and cafés. There is also free access to the hot pools for all resort guests, an on-mountain massage and spa, plus a calendar packed full of events and activities.