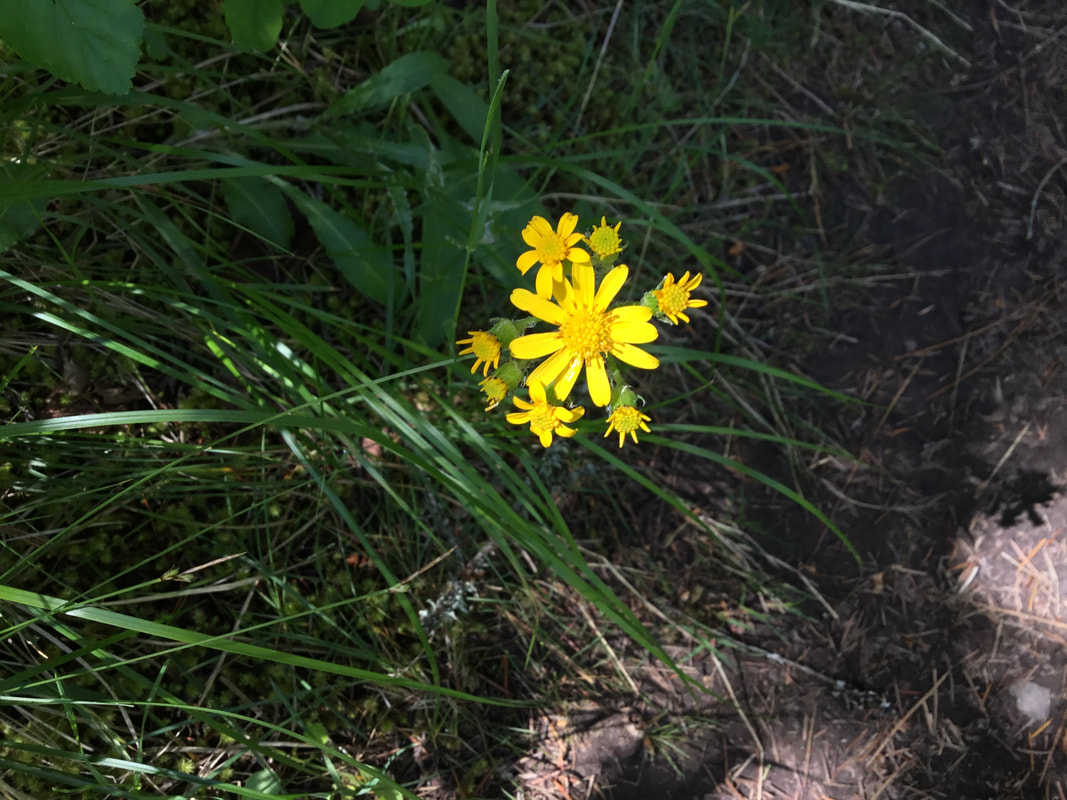 GENESIS NAME:  Hypericum preforatum
DISTRIBUTION:
SEASON:
MEDICAL USE:  The red, oily extract of H. perforatum has been used in the treatment of wounds, including by the Knights Hospitaller, the Order of St John Both hypericin and hyperforin are under study for their potential antibiotic properties.
POISONOUS:   St John's wort may cause allergic reactions and can interact in dangerous, sometimes life-threatening ways with a variety of prescribed medicines. St John's wort is generally well tolerated, but it may cause gastrointestinal discomfort (such as nausea, abdominal pain, loss of appetite, and diarrhea), dizziness, confusion, fatigue, sedation, dry mouth, restlessness, and headache.
EDIBILITY: NO
FEATURES:  St John's wort is named as such because it commonly flowers, blossoms and is harvested at the time of the summer solstice in late June, around St John's Feast Day on 24 June. The herb would be hung on house and stall doors on St John's Feast day to ward off evil spirits and to safeguard against harm and sickness to people and live-stock. Alternatively, there may be a connection with the Knights Hospitaller. The genus name Hypericum is possibly derived from the Greek words hyper (above) and eikon (picture), in reference to the tradition of hanging plants over religious icons in the home during St John's Day.
LEAVES:   When foraging for St John's wort, look for its opposite-patterned leaves and branches. The leaves and sepals are oblong in shape and three times longer than they are wide. The leaves are stalkless, and if held to the sky, light will shine through the small dots.
FRUITS: ​St. Johnswort flowers June through September. The fruit is a sticky, three-chambered capsule (a dry fruit composed of more than one carpel that opens at maturity). The seeds inside are shiny black to brown and densely pitted.

Perforate St John's wort is a herbaceous perennial plant with extensive, creeping rhizomes. Its reddish stems are erect and branched in the upper section, and can grow up to 1 m (3 ft 3 in) high. The stems are woody near their base and may appear jointed from leaf scars. The branches are typically clustered about a depressed base. It has opposite and stalkless leaves that are narrow and oblong in shape and 1–2 cm (0.39–0.79 in) long. Leaves borne on the branches subtend the shortened branchlets. The leaves are yellow-green in color, with scattered translucent dots of glandular tissue. The dots are conspicuous when held up to the light, giving the leaves the "perforated" appearance to which the plant's Latin name refers. The flowers measure up to 2.5 cm (0.98 in) across, have five petals and sepals, and are colored bright yellow with conspicuous black dots. The flowers appear in broad helicoid cymes at the ends of the upper branches, between late spring and early to mid-summer. The cymes are leafy and bear many flowers. The pointed sepals have black glandular dots. The many stamens are united at the base into three bundles. The pollen grains are ellipsoidal. The black and lustrousseeds are rough, netted with coarse grooves
When flower buds (not the flowers themselves) or seed pods are crushed, a reddish or purple liquid is produced.