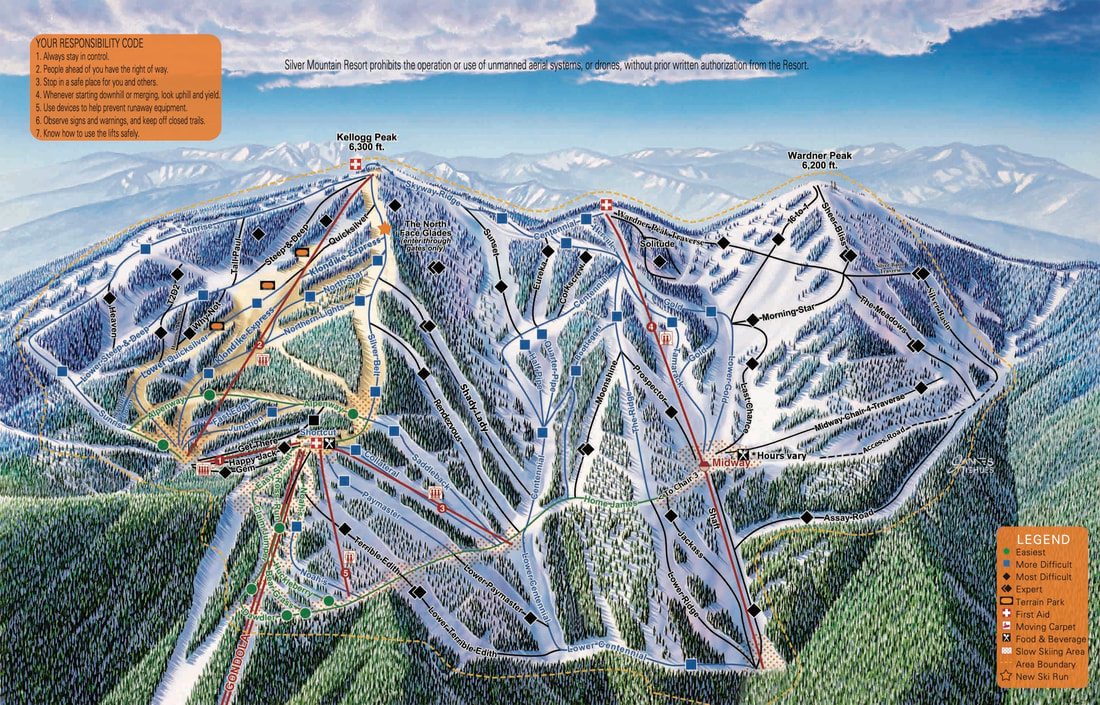 Silver Mountain is accessed by the U.S.'s longest single stage gondola.
The Mountain House is located at 5700' or about midway in the ski area boundary.

​Silver Mountain Resort is a four-season destination for the ultimate family vacation. We offer amenities that are sure ot keep the whole family entertained, from Grandma and Grandpa all the way to the smallest of kids. We offer skiing, snowboarding, snowshoeing, and snowtubing in the winter, with various hiking trails, a world-class mountain bike trail system, and a mountainous 9-hole golf course in the summer. Our gondola, built in 1990 and the longest single-stage gondola in the United States, is a beautiful 3.1 mile ride from the town of Kellogg to the mountain house. We offer scenic gondola rides all summer and winter. Silver Rapids Indoor Water Park, always a balmy 84 degrees and included in every lodging stay, is open year-round and offers amenities such as a FlowRider, lazy river, several water slides, basketball hoops, and a large kids area with a water bucket that dumps every 5 minutes. Ever skied and surfed in the same day? Visit Silver Mountain Resort, where you can do both in under an hour!​ 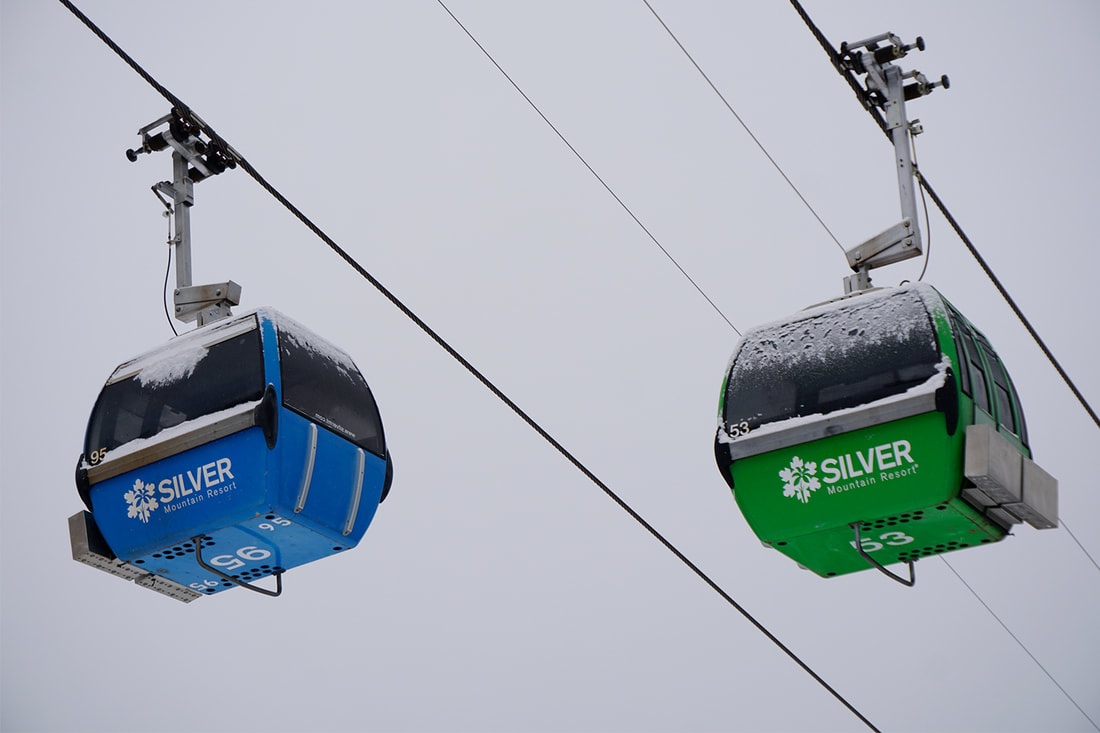 THE PRIDE OF SKIING AT SILVER MOUNTAIN
​ IS THE FUN OF THE RIDING IN THE LONGEST SINGLE STAGE GONDOLA IN THE U.S.A.
​IMAGE COURTESY OF SILVER MOUNTAIN 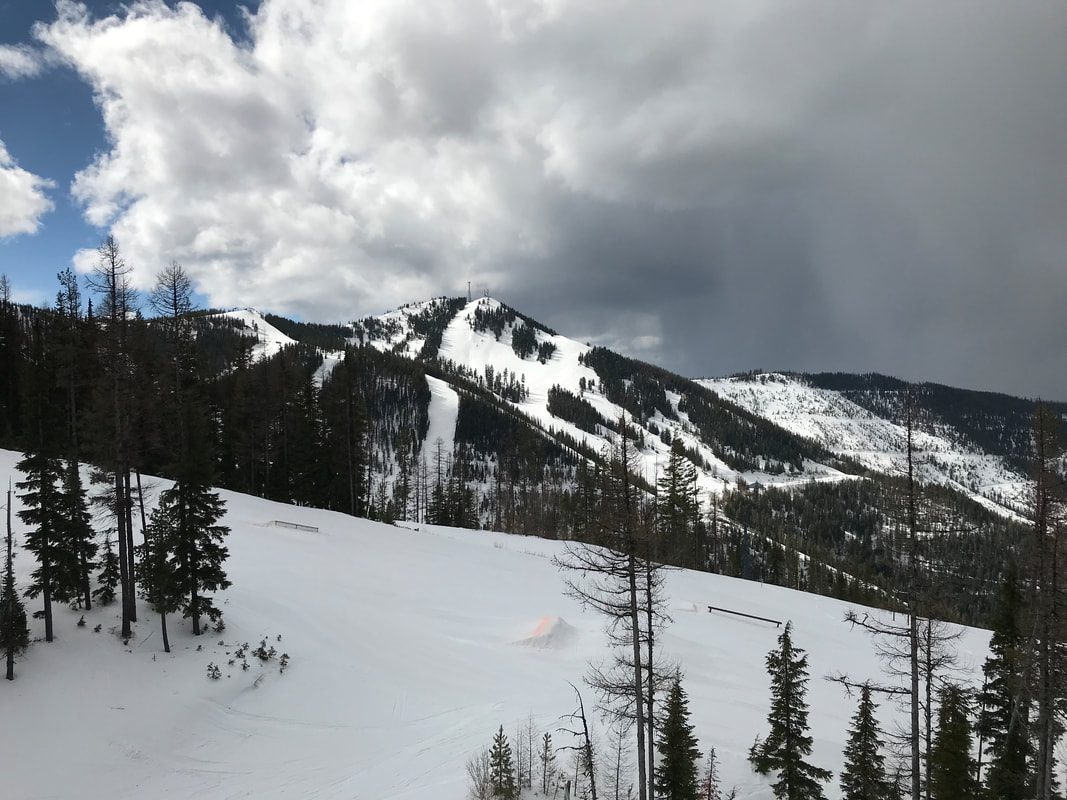 WHILE RIDING THE GONDOLA, WARDNER PEAK 6200' COMES INTO VIEW 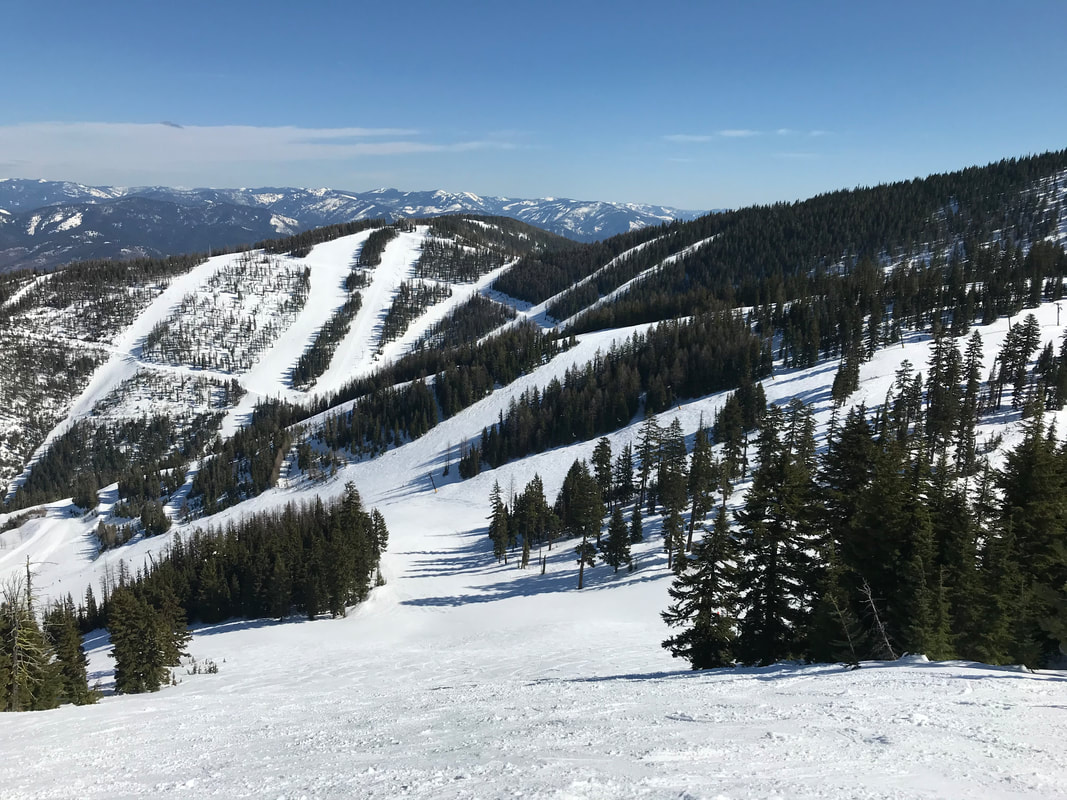 CHAIR 3 IN THE DISTANCE, WITH CHAIR 4 IN THE FOREGROUND 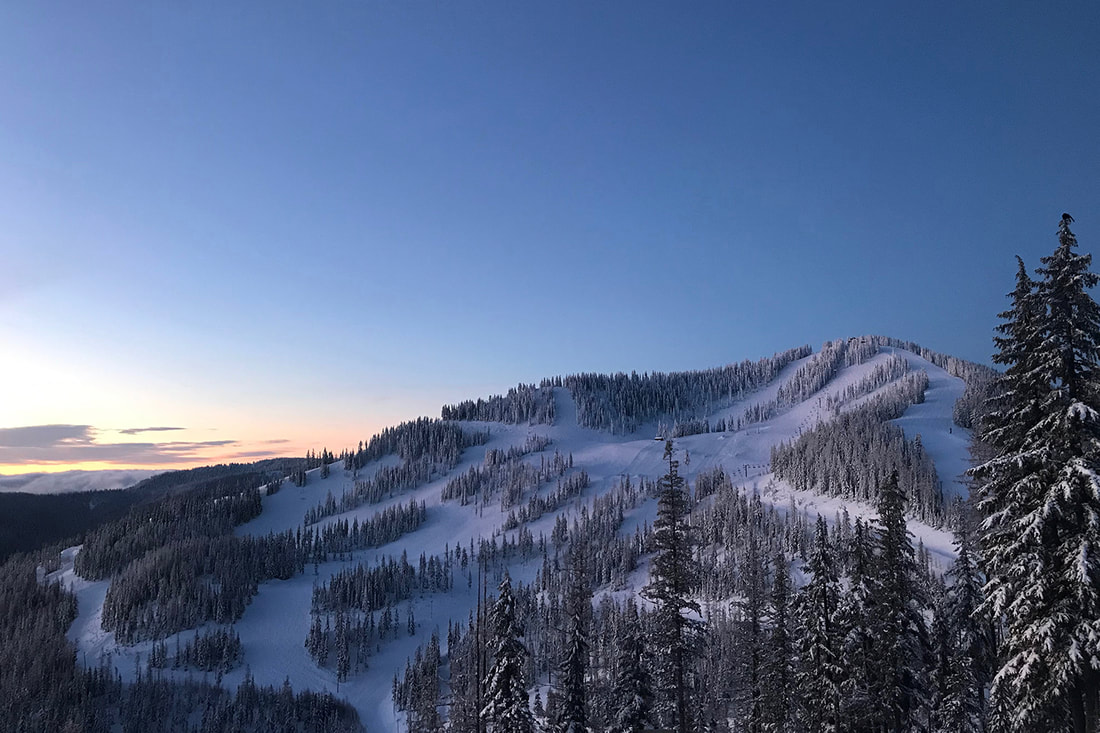 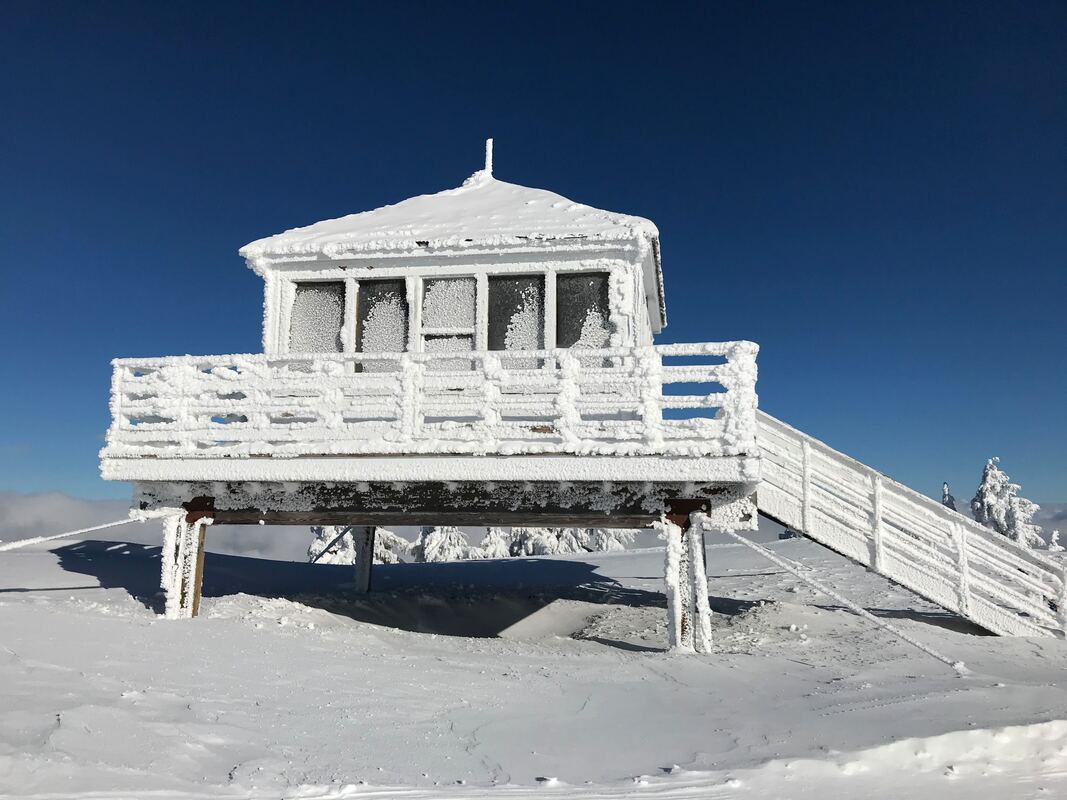 ON TOP OF KELLOGG PEAK IS A REPLICA OF A FIRE LOOKOUT CABIN
ON A SUNNY SKI DAY, THE TEMPS ARE IN THE 70° RANGE
​AND IS A GREAT SPOT TO HAVE LUNCH WITH A VIEW 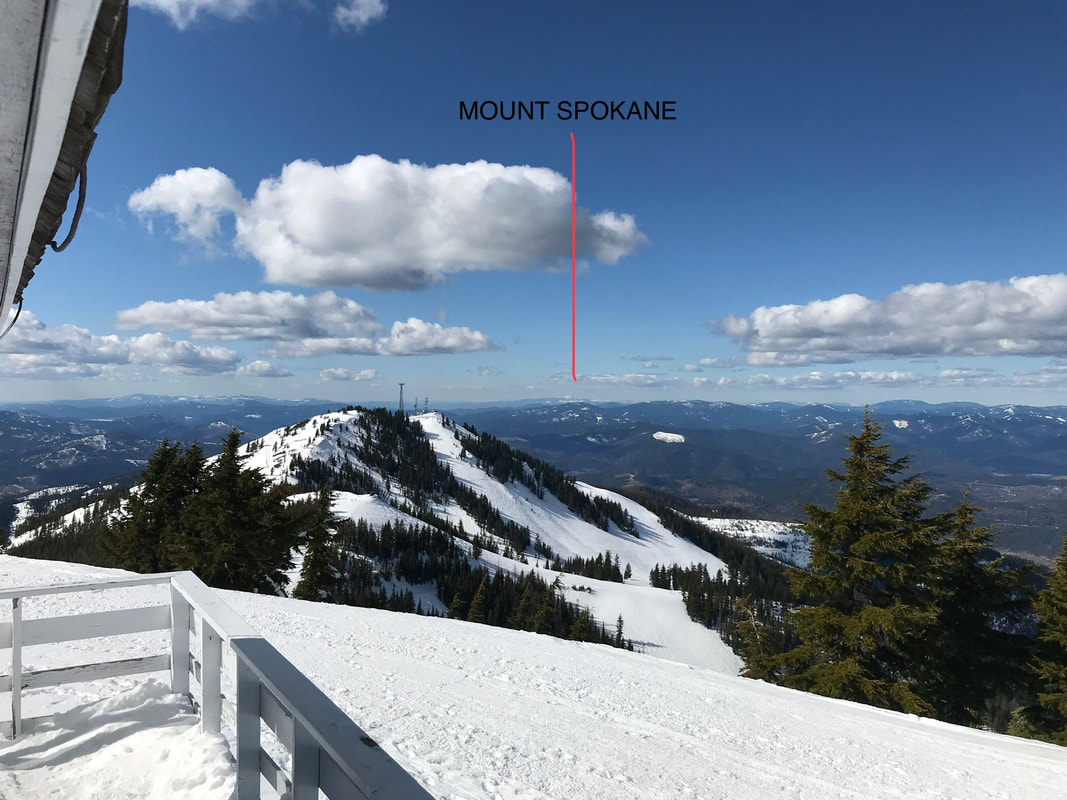 WARDNER PEAK WITH MOUNT SPOKANE IN THE DISTANCE 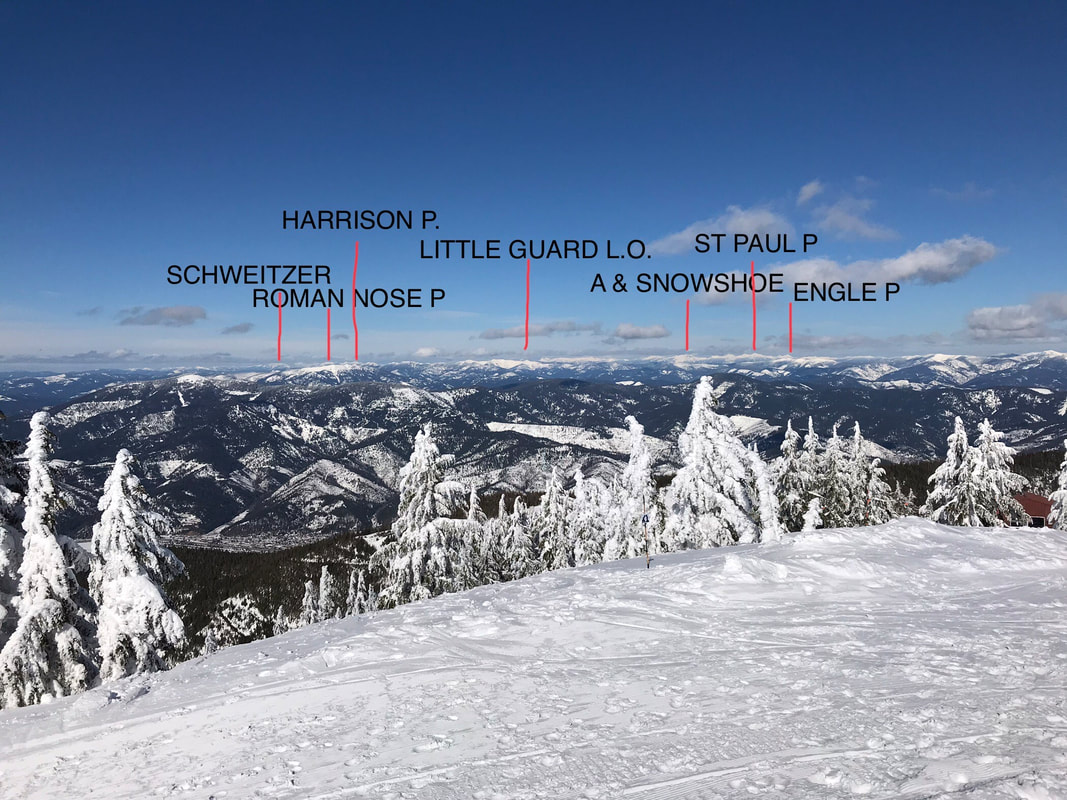 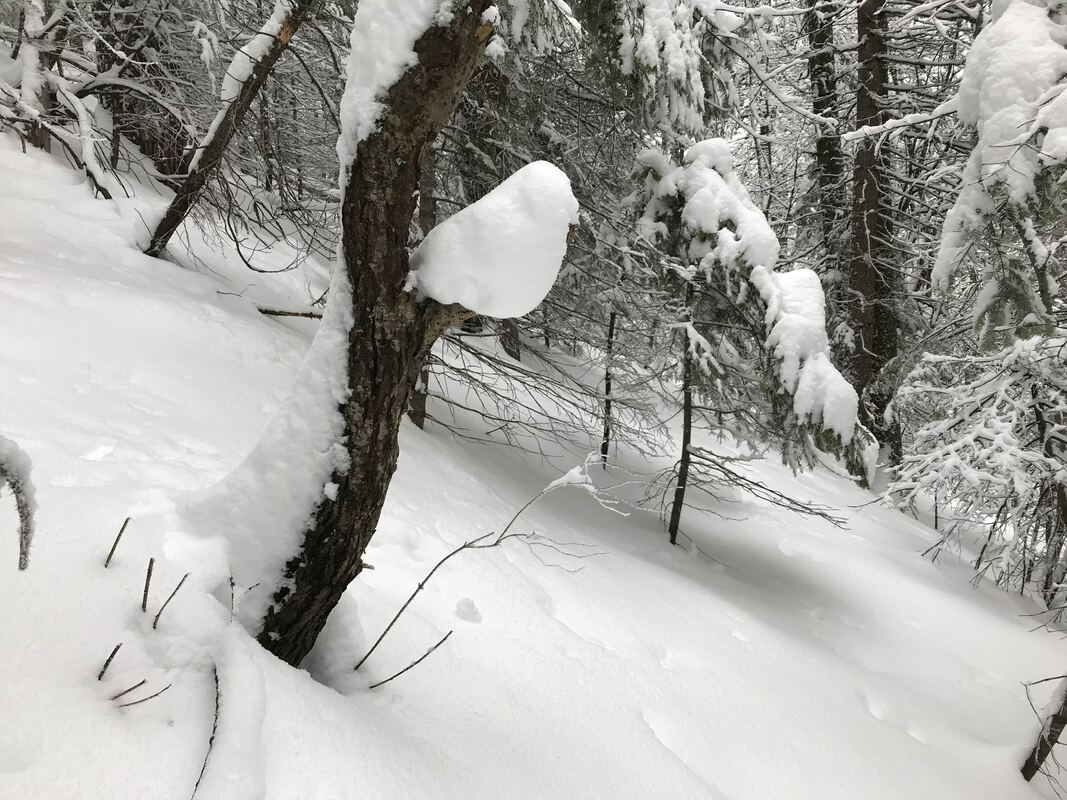 AN ILLUSIVE SNOWBIRD PERCHED ON A LIMB 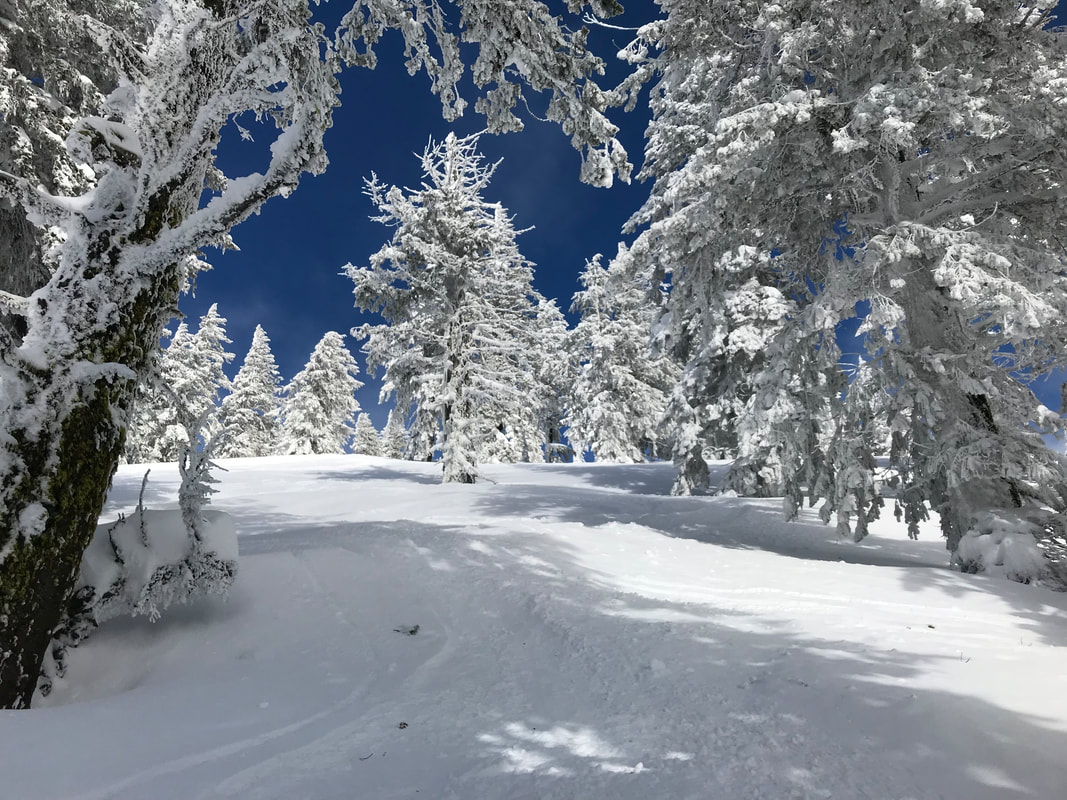 SILVER'S BACKCOUNTRY SOUTH OF THE BOARDER
A WARNING TO SNOWBOARDERS, DO NOT GO SOUTH OUT OF BOUNDS
​ITS A 1.2 MILE WALK OUT 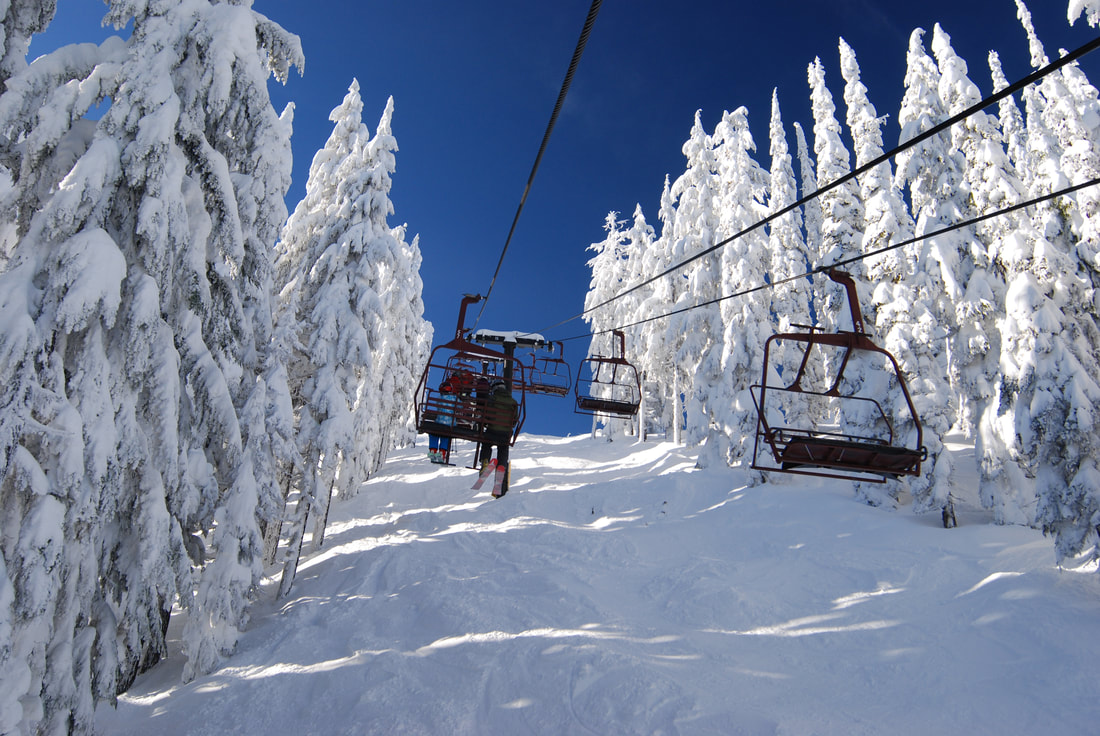 THE RIMMED TREES NEAR THE TOP OF CHAIR 2 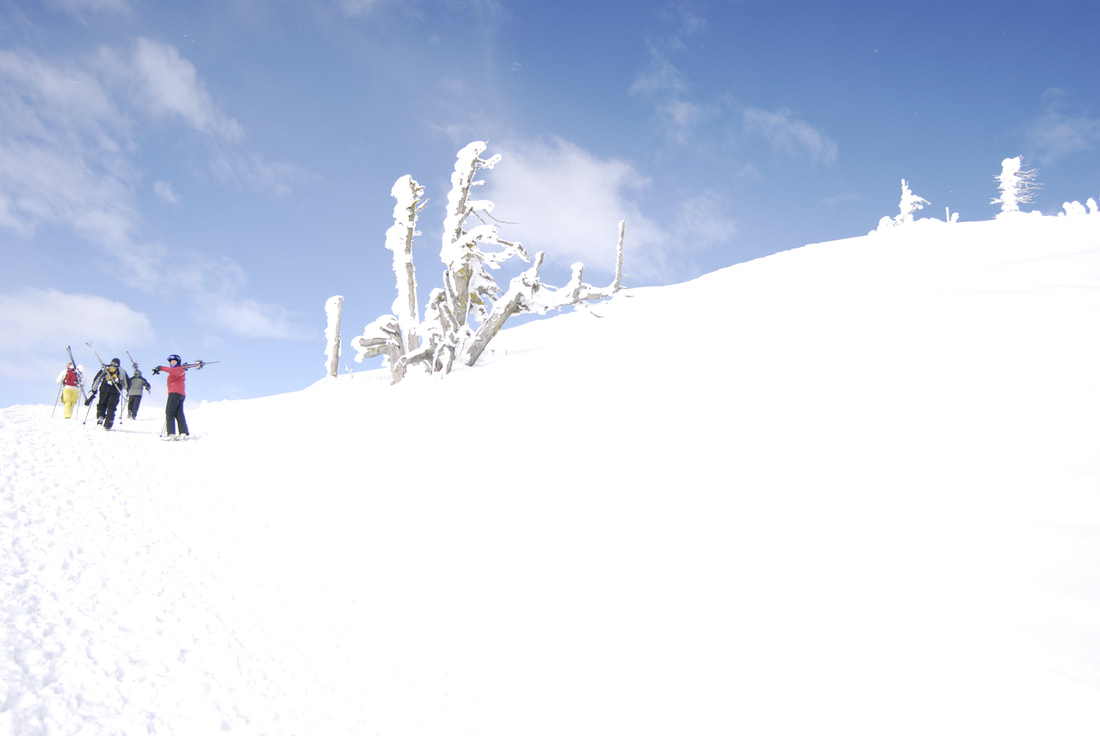 THE GANG ONN THE WAY TO THE TOP OF WARDNER PEAK 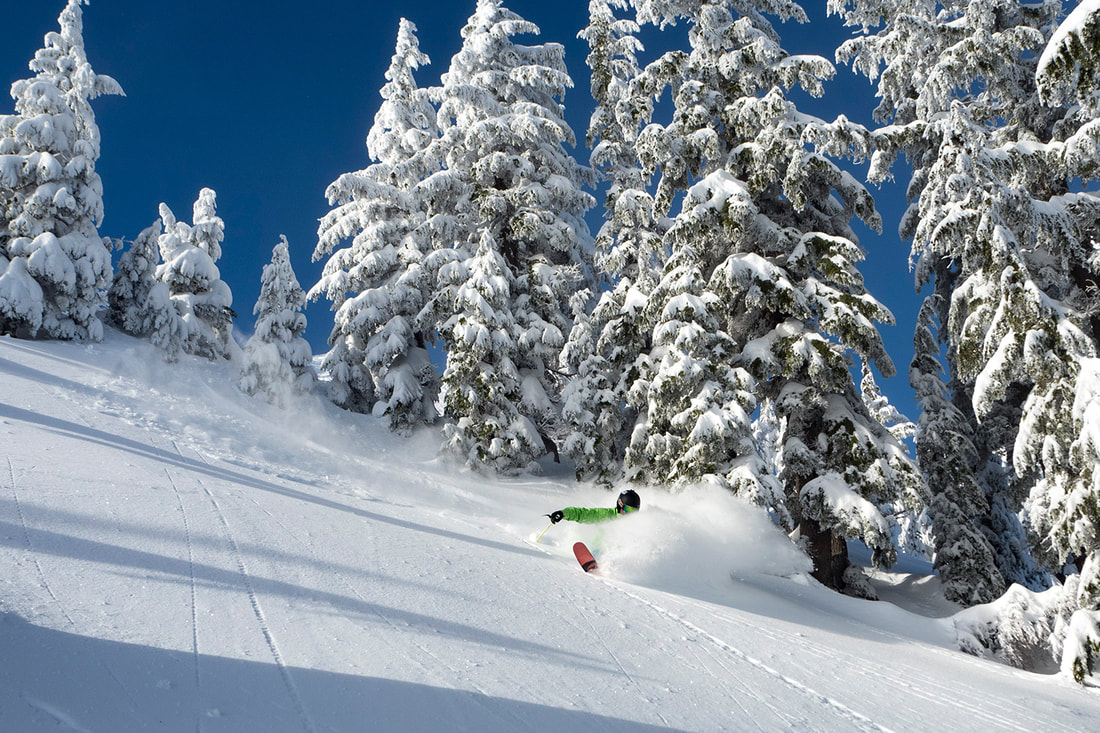 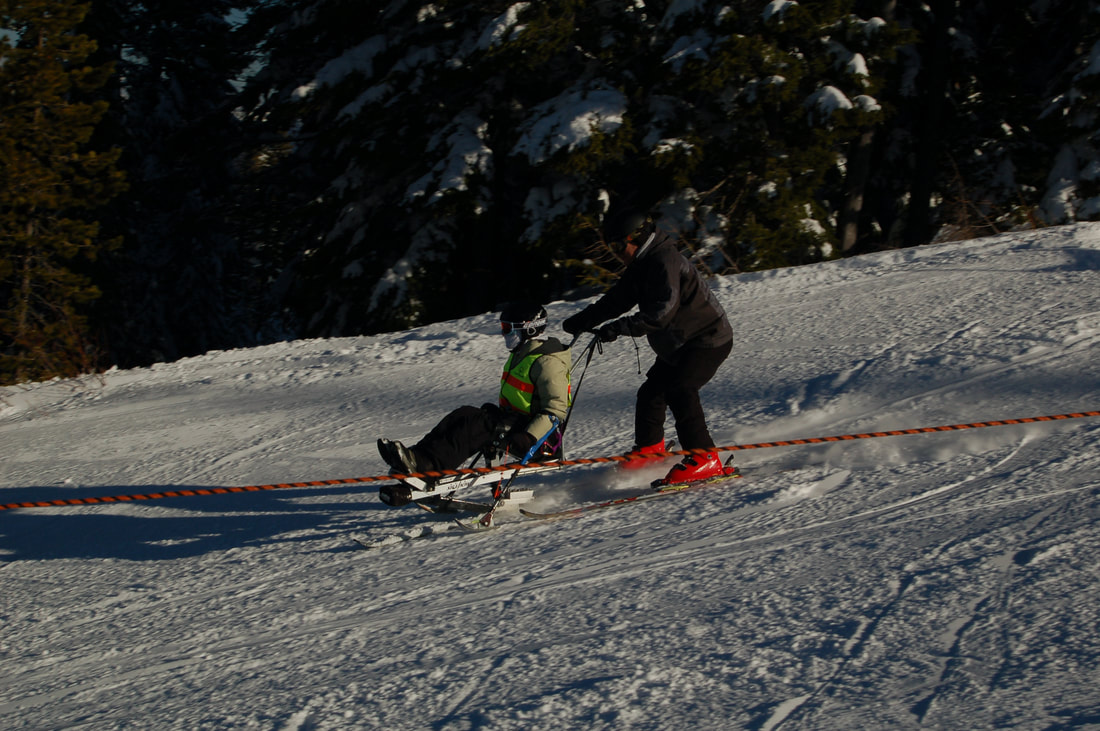 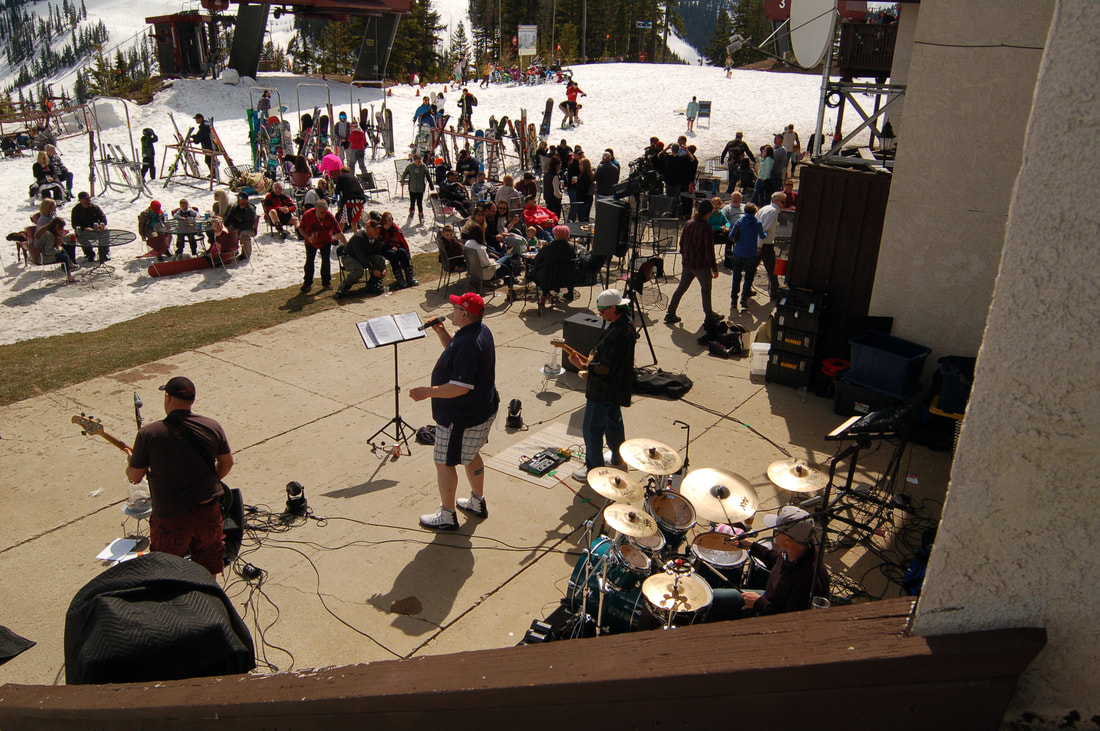 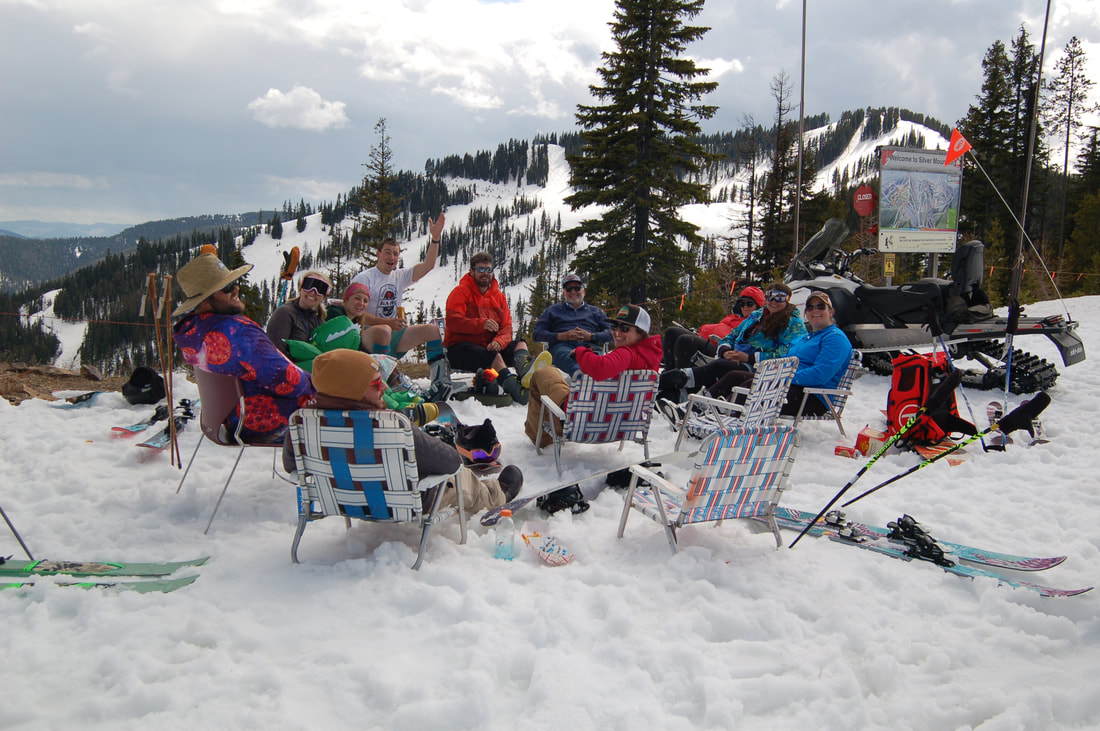 We are always looking for new and innovative ways to improve the resort for season pass holders and guests. There are quite a few new things for 2021. We purchased 2 brand new Pisten Bully snowcats for our grooming fleet. One of them has a winch, so we will be able to groom steeper terrain. We are installing a new Jackass Snack Shack near midway Chair 4 that will include a restroom. We purchased and installed a dynamic trail map, situated outside of the mountain house, that shows which trails are groomed for the day. We purchased a mulching tractor that has a winch, so we can mow the summer growth easier, especially on steeper terrain. We also installed a brand new covered carped over the winter, which will shield beginner skiers and boarders from the elements on the ride up. This will improve the beginner experience tremendously, hopefully encouraging repeat visits and creating lifelong skiers and boarders. We are also part of the Powder Alliance, which gives our season passholders 3 free tickets at 15 other resorts in the west.

We have some big plans for the future, some that are not able to be disclosed quite yet. Long term, we are always looking to add more bike trails, and have plans to eventually expand our golf course to a full 18 holes.
THE HISTORY OF JACKASS SKI BOWL TO SILVERMT.COM

THE LEGEND
In 1885, a gold prospector named Noah Kellogg borrowed a burro, named Bill, and started down the great north fork of the Coeur d’Alene River. After weeks of searching with no luck, he ended up about 1,000 yards above the present city of Wardner where he made camp one last time before heading back to Murray to report. In what turned out to be a fortunate stroke of luck, Bill broke free of his rope and wandered off in search of food.

When Noah caught up with the jackass the next morning, he found Bill standing on a large outcropping of galena (lead ore), leading to the formation of the Bunker Hill and Sullivan mines on September 4, 1885. The Bunker Hill lode turned out to be Idaho’s largest mining operation, and today it is home to some of the finest skiing and riding found in the Northwest. Bill lived to the rip old age of 21 and was forever known as “the $12,000,000 burro.” 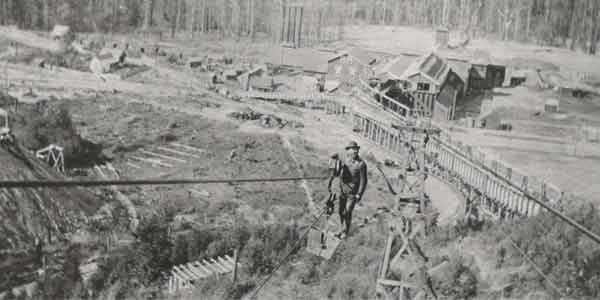 ​The Jackass Ski Bowl, named in honor of Bill the burro, opened on December 16, 1967 after a group of 12 sole proprietors formed the “Fabulous Valley Development Corporation,” and sold shares of stock to fund the construction of their new ski area. Valley residents traded work and cash for stock. Opening day at the resort saw many recognizable names including, Rep. James McClure, Governor Don Samuelson, Sen. Len Jordan, and Idaho Department of Commerce head, Louise Shadduck.

The first general manager, Gosta (Jonny) Johnson was a transplant from Big Boulder, PA and founder of the Gosta Johnson Ski School. He oversaw the completion of the original ski area, which consisted of one Riblet chairlift and the Tamarack Lodge, designed by local Coeur d’Alene architect, Robert Nelson. This construction took place on lands owned by the Bunker Hill Mining Company, and in 1973, the Jackass Ski Bowl fell into bankruptcy and was taken over by the Bunker Hill Mining Company. 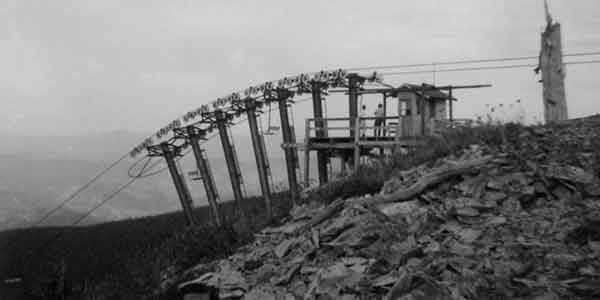 The Shoshone Recreation Inc., a subsidiary of the Bunker Hill Co., purchased Jackass Ski Bowl at auction in 1973 for $100,100. They immediately changed the name to Silverhorn, and set out to build the old cat shop still seen from midway Chair 4 today. With the collapse of the mining economy, Bunker Hill Mine was forced to close the ski area in 1981. Fortunately, Bunker Hill Limited, formed by Jack Simplot, Duane Hagadone, Harry F. Magnason, and Jack Kendrick, bought the ski area. However, in 1983, it was once again decided that operation of the ski area would be discontinued due to rising costs.

Prior to closing the ski area, Bunker Hill Limited approached the city of Kellogg to determine if they had any interest in operating the ski area. In 1984, the city entered into a lease arrangement with the mining company giving the city the right to operate the ski area in exchange for the payment of all property taxes levied against the ski area land and improvements. An adult lift ticket increased from $12 to $14 dollars for the first time since the resort opened. 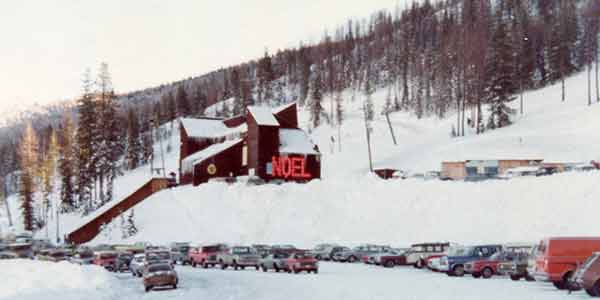 SILVER MOUNTAIN RESORTDuring the mid-1980s, city councilman Wayne Ross came up with the concept of constructing a gondola from the valley floor to an expanded ski and summer resort area to stimulate a stagnating economy, which was devastated by the loss of mining and logging jobs. The Gondola Board, comprised of Duane Little, Terry Douglas, Dale Lavigne, Terry Turnbow, and three representatives from Von Roll Tramways, worked tirelessly to attract funding for the gondola project. In December 1987, Congress approved a $6.4 million grant to assist in the construction of the gondola. Von Roll Tramways, a Swiss lift manufacturing company, agreed to guarantee the remaining funds needed to construct the gondola. In April 1989, ground was broken for the construction of the gondola and other resort improvements.

The city of Kellogg renamed the original Jackass Chair to Chair 4 and expanded the ski area adding Chairs 1, 2, and 3, the Mountain House, the gondola terminals, Timbers Restaurant, parking lot, a slew of new ski runs, and more. Chair 5 was later added along with the Amphitheatre, a new cat shop, and an eventual expansion to the new lodge. Around town, the businesses embraced a Bavarian theme, adding murals, gingerbread trim, and other design elements meant to mimic the alpine feel of Leavenworth, Wa.

Silver Mountain Resort opened for operations on June 30, 1990, to much fanfare. Concerts, hiking, huckleberry picking, scenic chairlift and gondola rides, as well as mountain biking were all a hit in the summer time. During the winter people flocked to the greatly expanded ski area, and were greeted with a completely new experience. Everything from the ski runs, to the instructors jackets and lodge was fresh and new. 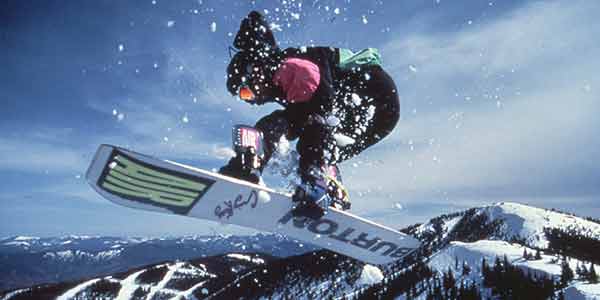 EAGLE CREST, INC.
Significant cost overruns during the construction phase of the project led to an insurmountable debt load for the city. The City Council decided to search for a new owner, and in June of 1996, they agreed to sell the assets of the resort to Eagle Crest, Inc., a wholly owned subsidiary of the JELD-WEN Corporation. When Eagle Crest purchased the resort in 1996, it envisioned an exciting ski-in, ski-out resort, and set out to construct the Morning Star Lodge condominiums, Galena Ridge Golf Course, and Silver Rapids Waterpark.

In the early 2000’s the Morning Star Lodge and Gondola Village complex began to take shape, followed in 2008 by the addition of Silver Rapids, Idaho’s Largest Indoor Waterpark, and the surface lift and winter tubing park on top of the mountain. Business was booming, and the expansion was moving fast. The first nine holes of Galena Ridge golf course were opened in 2010. As a result of a challenging financial climate, the ski in ski out village and massive ski area expansion was put on permanent hold. Silver Mountain was officially listed for sale, but continued operating and moving forward as Jeld-wen looked for a buyer.

Following the financial crisis, Silver Mountain continued operating year-round. Small improvements continued to be made, and things started to pick back up. Moving forward, summer became an increasingly important part of Silver’s business. In 2013 Silver Mountain relaunched their mountain bike program and officially opened Silver Mountain Bike Park. Building on the remains of the previous bike trail network, Silver began rapidly expanding their trail system, and revamping their mountain biking experience completely. Over the next four seasons Silver Mountain was rated #1 in the Northwest three times, and became a host to many of the region’s premier mountain bike events. From 2013 to 2016 Silver Mountain added new winter and summer events, cut new ski runs, added an additional terrain park, and experienced a surge of popularity. With the incredible range of activities offered, Silver was rediscovered as a year-round destination, and became a popular destination for corporate groups and meetings. 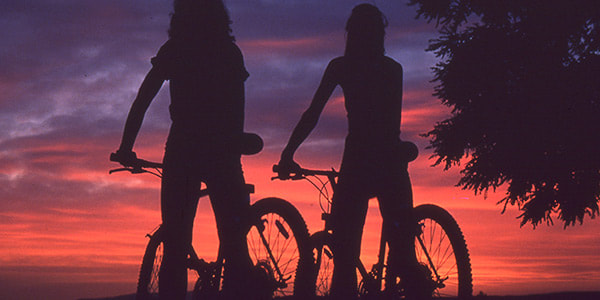 NEW BEGINNINGS
In October of 2016 Silver Mountain was purchased by Tryg Fortun, a passionate skier and customer of Silver Mountain. Tryg decided that he wanted
​to use his “stoke” for Silver Mountain to help the resort reach its true potential. With a fresh leader and a new outlook on life, Silver Mountain has undertaken massive amounts of infrastructure improvements, and behind the scenes work that is setting the stage for the next chapter of improvement.

Since 2016, Silver Mountain has reopened the Jackass Snack Shack, added Mo’s Froyo & Jo, The Donut Hole, and Silver Mountain Sports Shop to the village, and purchased and remodeled the Silver Inn, formerly the Silverhorn Motor Inn. The resort has come a long way since it first opened but still maintains a piece of its history with a Jackass Day celebration every year commemorating the original Jackass Resort and offering discounted lift tickets. 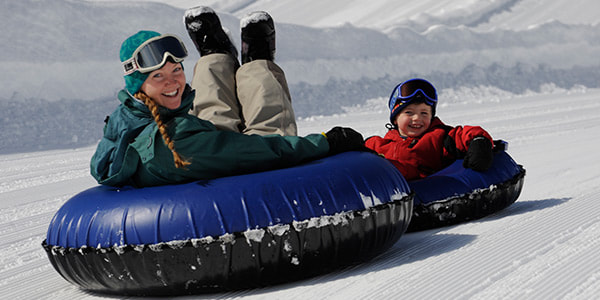