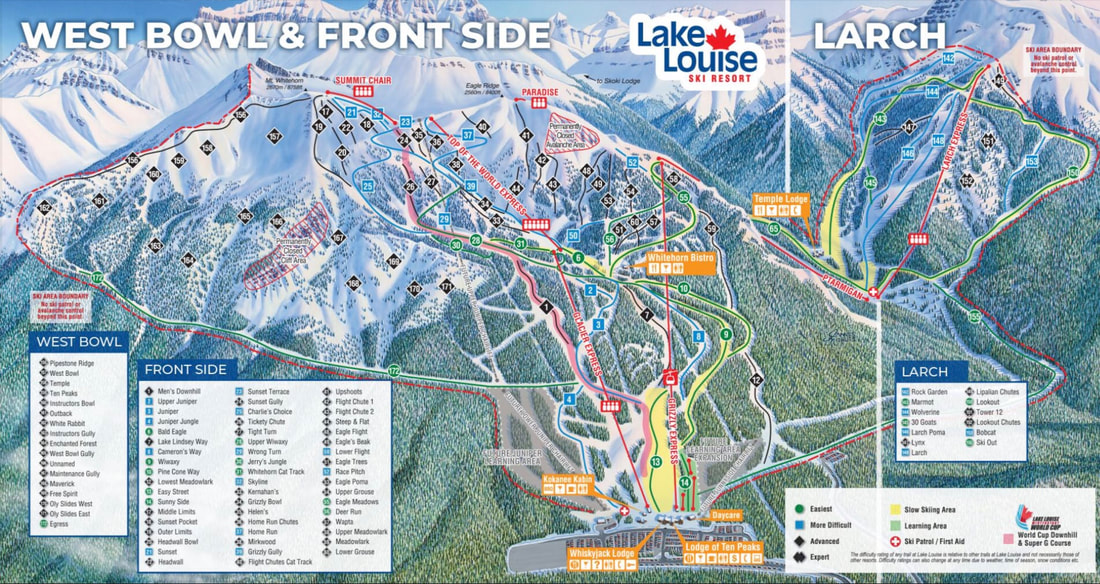 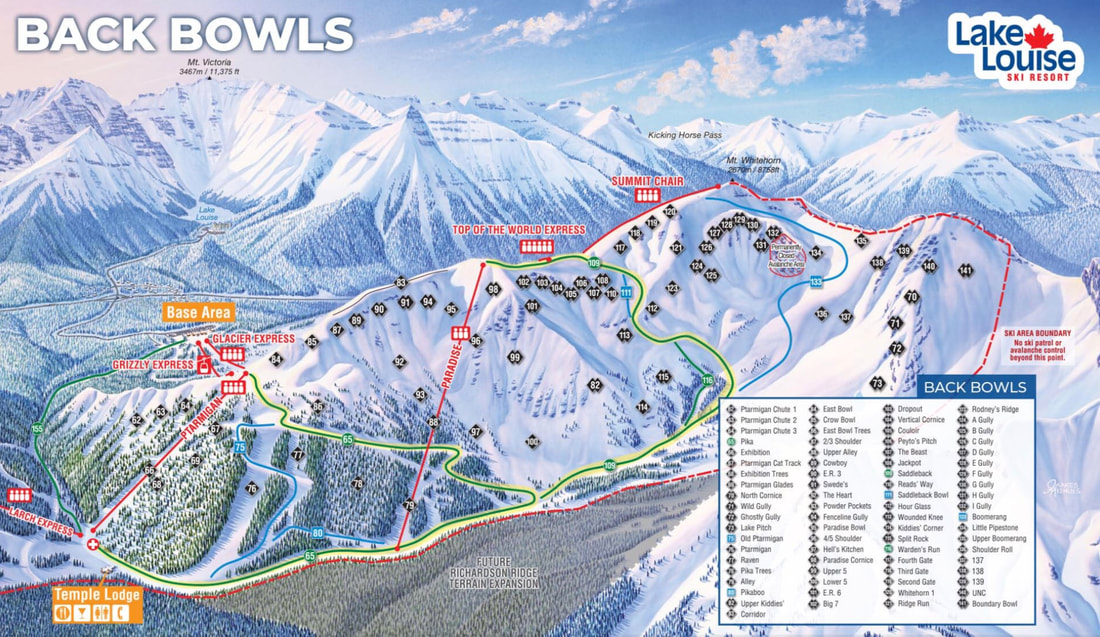 Lake Louise has been a home to skiing since the 1920s, as the gateway to the Skoki Ski Lodge. The first lift was constructed in 1954, and a poma was added in 1960. Until autumn 2008, the ski resort was owned and operated by the Resorts of the Canadian Rockies (RCR) company.

Lake Louise ski area was abuzz today – literally, as a Bell 214 helicopter carried the new towers and tower heads up to the site of the new Ptarmigan chair, which replaces the old lift of the same name.
From the looks of things, this new lift is also a fixed-grip quad, and will start and end at the same places as the previous lift. While the old lift had its drive station at the bottom, this new lift has its at the top, resulting in a more efficient lift that reportedly will use less power to run.
Will this affect my ski day, you ask? Well, it won’t for me, as I rarely venture low enough on the back side to use that lift. I, like most locals, am happy to stick around the Summit and Paradise areas, which is where 99% of the goods are located. As for those folks that do head that way, other than a cosmetic update, they aren’t likely to notice much, as the new chair has the same capacity and covers the same ground as the last one.
Either way, new things are always exciting, and these days there’s lots of talk about the change in ownership at Lake Louse. The local paper reported that former LL owner Charlie Locke has bought back half the resort, which has now separated from RCR, the company owned by Calgarian Murray Edwards that has controlled the resort since buying out Charlie a few years ago. Murray is the other half-owner, and the resort is now a stand-alone company, fully in charge of its own destiny.
What does this mean for we skiers? Well, nobody seems to know, although there’s no shortage of talk about things like building the terrain park up to its former glory and the return of the legendary (and currently closed) Sitzmark Pub, but I suppose that time (and Charlie) will tell. Overall, the mood seems to be upbeat, and people are excited about the talk of things to come. Me? I just want snow…