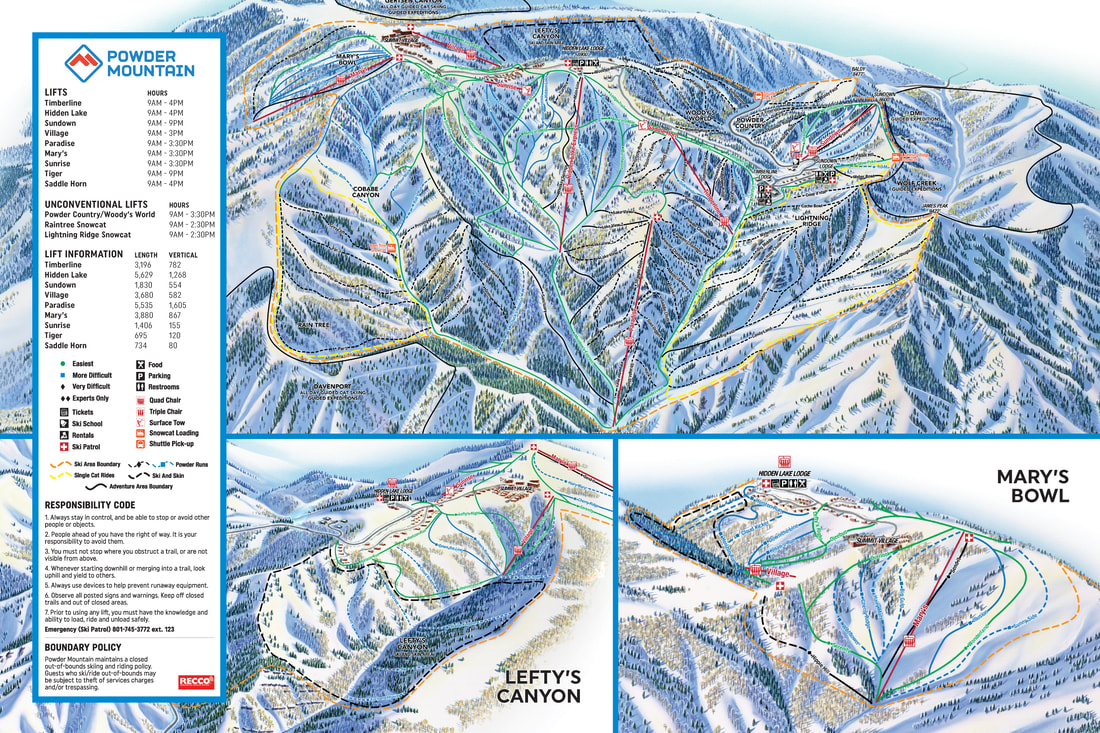 Powder Mountain Resort had humble beginnings as the winter range for Frederick James Cobabe’s sheep herd. Frederick, who was orphaned at age 15, moved around from family to family until he went to work for Charley Scmaltz. He tended camp for Charley’s herders taking his pay in sheep until he built a herd of his own.
Frederick established a summer range in the Grand Targhee area. A prohibition on grazing was enacted when the land was incorporated into the national forest system. Between 1902 and 1948, Fred accumulated land for a summer range around Eden, Utah. Old timers say that this property was severely overgrazed by previous owners and hardly a blade of grass could be found. The watershed was so poor that Wolf Creek dried up each fall. Fred’s soil conservation practices greatly improved the vegetation and Powder Mountain now is known as one of the best watersheds in the Wasatch Mountains.

Fred’s son, Alvin F. Cobabe bought the livestock company with its 8,000 acres in 1948. Just a few months later, Fred was killed in an automobile accident.

When the ranch needed a reservoir, Alvin bought heavy earth moving equipment. He delved into the earth moving business to help pay for the machinery. A career in ranching, livestock and construction, however, just did not satisfy Alvin. In 1956, at 42, he sold the companies to enroll in pre-med classes at Weber College. Although the businesses were sold, he retained the property. He graduated from the University of Utah Medical School at age 45 and returned to northern Utah to establish a medical practice. At that time, Dr. Alvin Cobabe was the oldest person to graduate from the school.

While horseback riding with friends along Lightning Ridge in the 1950’s, someone casually mentioned that the terrain would make a great ski resort. The idea rang true with Dr. Cobabe and he began to amass adjacent property adding to the thousands acquired from his father. When the resort opened on February 19, 1972, he owned 14,000 acres.

Only the Sundown lift was open during Powder Mountain’s first season. The area was lit for night skiing and a ski school was established. Food was prepared on an outdoor barbecue. The Main Lodge, the Sundown Lodge and the Timberline lift were added to operations for the 72/73 season.

Dr. Alvin Cobabe, at age 88, sold Powder Mountain, Inc in 2006 to Western American Holdings. The resort remained under the same management team, led by Aleta Cobabe, daughter of Alvin, during the 2006/07 season.
Since 2007, Powder Mountain has changed ownership three times. Purchased by Summit Series co-founders and two venture capitalists in 2013, the now year-round resort has added two new lifts bringing the total to 9 lifts and a real estate development sprawling the south west corner of the property. Mountain bike trails have since been added and the winter resort caps day tickets and season passes sold to preserve the Powder Mountain experience it has been known for.