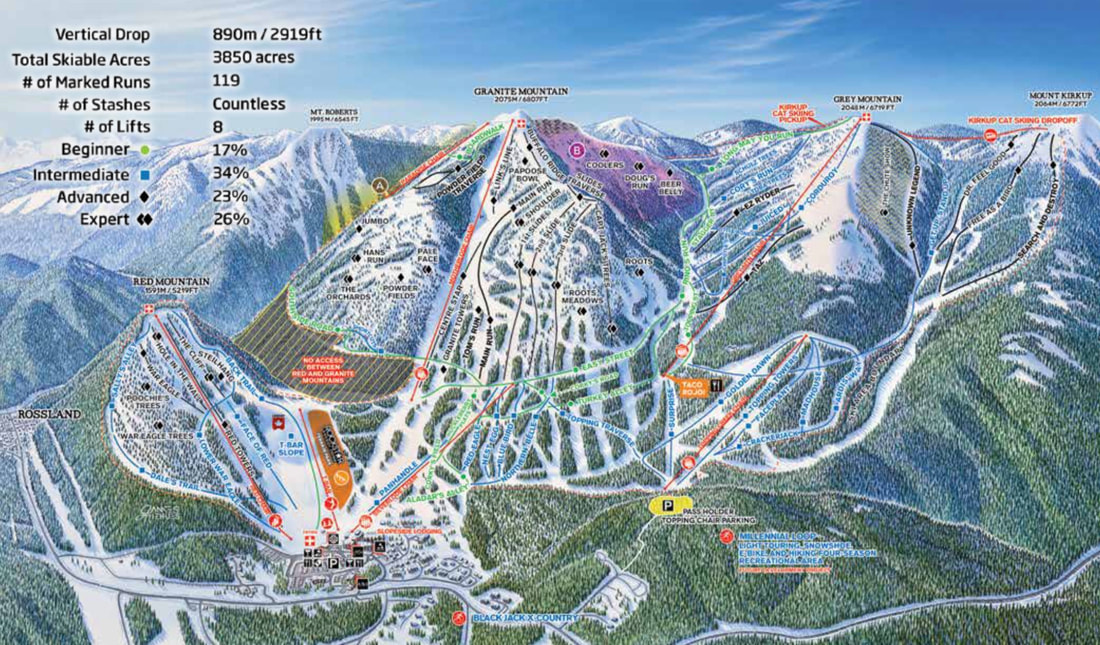 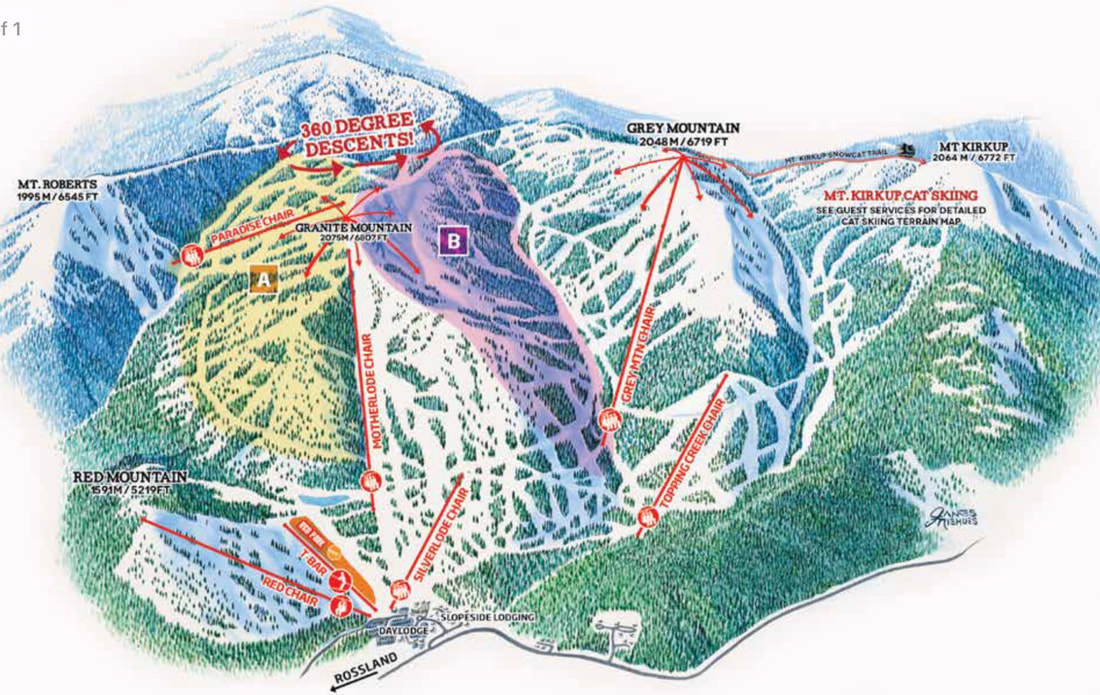 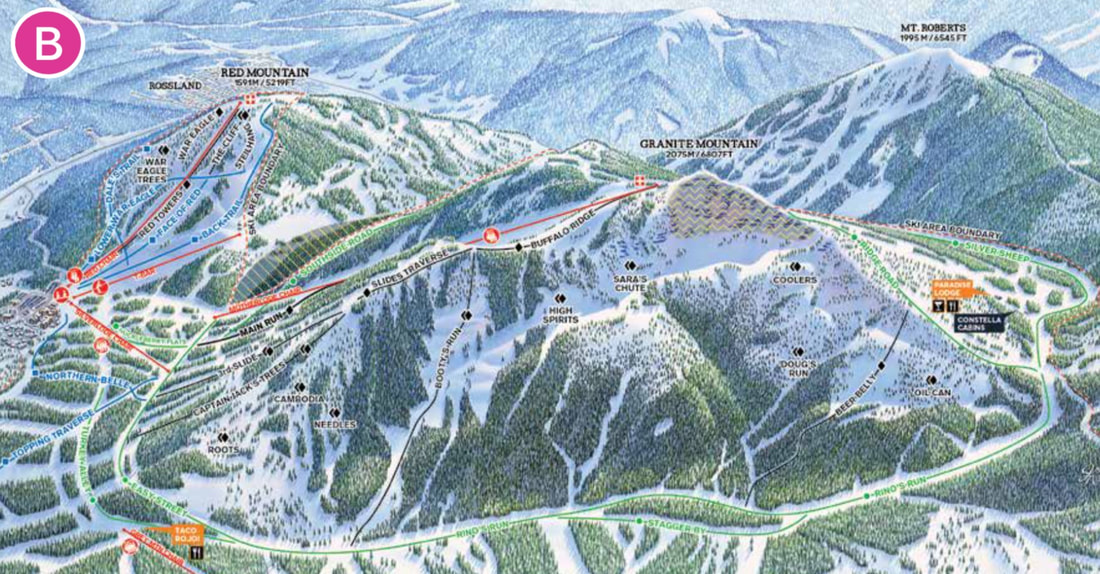 RED MOUNTAIN IS ACTUALLY ONE OF FOUR PEAKS. OF WHICH RED MT IS THE SMALLEST.
​RED MT IS LOCATED JUST 2.5 MILES FROM ROSSLAND, B.C.

The Red Mountain Ski Area is one of the oldest ski operations in North America. The mountains now included in the resort have been skied since the late 1890s. In 1947, the volunteer Red Mountain Ski Club was formed by the amalgamation of two local ski clubs. Its members built the Red Mountain Lodge (originally the Black Bear Compressor Building, moved and refitted) and the Red Chair Lift - the first chairlift in Western Canada. The ski hill was operated by a non-profit society for 40 years and is now one of the region’s most recognized recreational resource. Red Mountain itself is Rossland’s most significant landmark; its historic significance being the primary site of the gold mining that developed the City of Rossland.
Red Mountain Ski Area is known worldwide, and has successfully hosted regional, national, and international races. It is very attractive to visitors in the winter and is a recreational anchor to much of the seasonal and permanent residency in Rossland.

Mountain lodge. The Ski Hill is a testament to the vision and initiative of local outdoor enthusiasts who provided all the skills and labour needed to establish the ski operation. It also reflects the considerable assistance of CM&S Company, a mining company still in operation today (Teck Trail Operations) in contributing to the development of the region’s most recognized recreational resource. A non-profit society operated the Ski Hill for 40 years and this has contributed to a strong feeling of ownership within the community to this day.
Red Mountain is the most significant landmark in Rossland. Its striking conical shape is visible from all parts of Rossland and the developed north side of the mountain, including the very challenging War Eagle and Cliff ski runs, forms a natural amphitheatre for the base
lodge. Spectacular vistas of the City and surrounding areas are seen from the top of both Red, Granite and Grey Mountains and their ski runs and lift lines, cut in the naturally forested slopes are seen from many miles away.
The historic significance of Red Mountain itself, predates the creation of the Ski Area. It was the primary site of extensive gold mining operations that spawned the City of Rossland and there is evidence of this industrial past in the abandoned mining sites and the ore dumps in the Ski Area today. The original Black Bear compressor building, moved and refitted to its present site in 1947 became the Red Mountain lodge and the names of many ski runs reflect the area’s mining history.
The Ski Area’s reputation of excellence is well established in the ski world today and is a source of pride for locals. Red is known for its challenging terrain, very successful ski racing programs and its ability to successfully host regional, national and international races. It is a major attraction in the winter months and is the reason why some visitors have decided to take up seasonal and permanent residency in Rossland.
The Red Mountain Ski Area is emblematic of the “mountain culture” that exists in Rossland today. Many individuals and families value and pursue an active lifestyle, enjoying the variety of outdoor activities available in the immediate area of our small, alpine city.