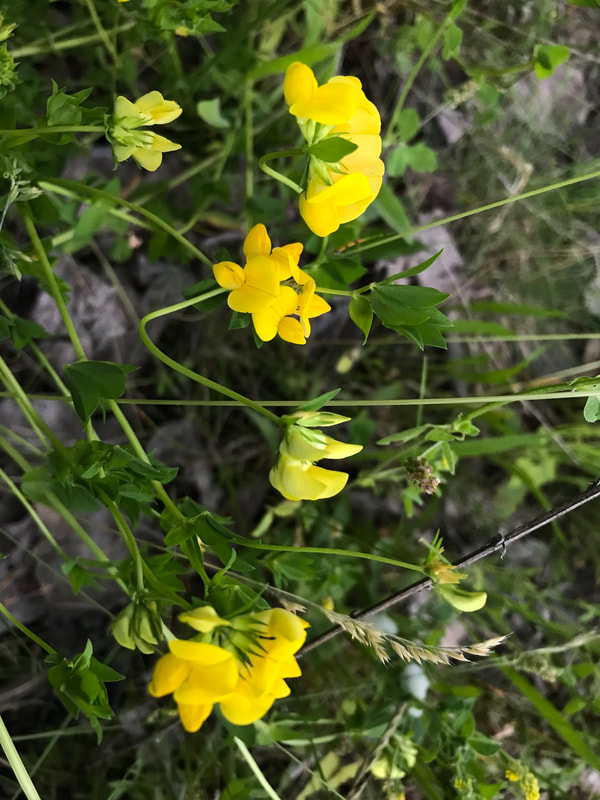 GENESIS NAME: Lotus corniculatus
DISTRIBUTION:  Europe, Britain, Scandinavia, N. Africa, in temperate Asia, and Inland N.W.
SEASON: June & July
MEDICAL USE: FLOWER: Antispasmodic, sedative and tonic for the heart. ROOT: Carminative, fever remover, restorative and tonic.
POISONOUS: All parts of the plant are poisonous, in large quantities
EDIBILITY:  NO
FEATURES:Lotus Corninative has been used in an infusion, to avoid the creation of hydrogen cyanide, as a sedative.
Condensed Tannins are present and have been known to increase the protein absorption of the small intestine. Externally it has been
used as a local anti-inflammatory compress in all case of skin inflammation.
Other uses are an orange-yellow is obtained from the flower.
FODDER: It is used in agriculture as a forage plant, grown for pastures, hay and silage. It has been use as an alternative to alfalfa in poor
soil.
Lotus corniculatus is a PERENNIAL growing to 0.3 m (1ft) by 0.5 m (1ft 8in) at a medium rate.
See above for USDA hardiness. It is hardy to UK zone 5. It is in flower from June to September, and the seeds ripen from August to October. The species is hermaphrodite (has both male and female organs) and is pollinated by Bees. The plant is self-fertile.
It can fix Nitrogen.
It is noted for attracting wildlife.
Suitable for: light (sandy), medium (loamy) and heavy (clay) soils, prefers well-drained soil and can grow in nutritionally poor soil. Suitable pH: mildly acid, neutral and basic (mildly alkaline) soils. It cannot grow in the shade. It prefers dry or moist soil. The plant can tolerate maritime exposure. 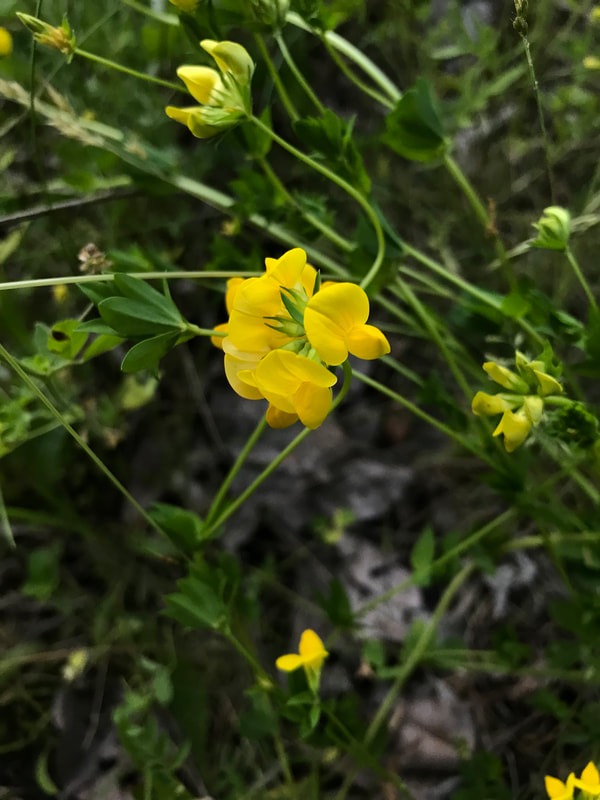 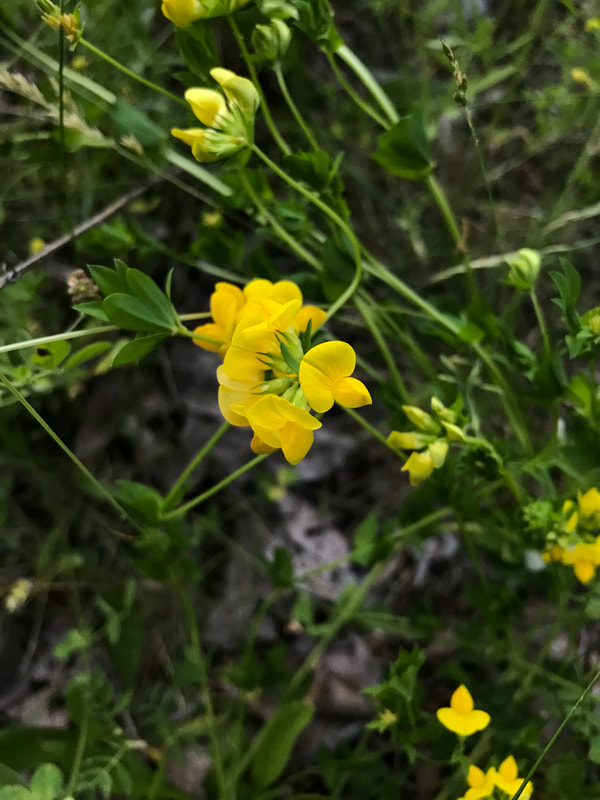