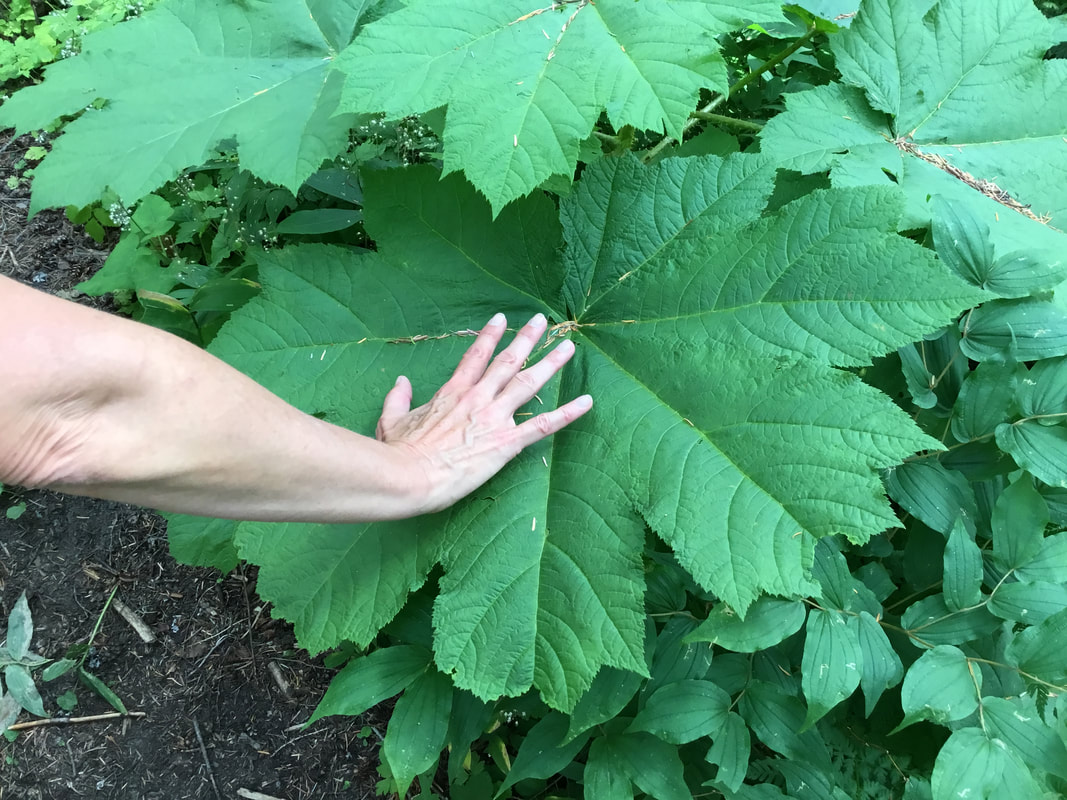 GENESIS NAME:  Oplopanax horridium
DISTRIBUTION: Pacific Northwest & BC
SEASON:  It is mostly in the west; from southern Alaska and the Yukon Territory to southwestern Oregon in the west; to Alberta, the Idaho panhandle and neighboring Montana in the east; with a disjunctive population on islands in Lake Superior; (listed as threatened in Michigan).
​MEDICAL USE:  Devil's club is a plant. People use the inner bark of the root and stem for medicine. Devil's club is used for arthritis, cancer, wounds, fever, tuberculosis, stomach trouble, cough, colds, sore throat, diabetes, low blood sugar, and pneumonia. It is also used for emptying the bowels and causing vomiting.
Devil's club has numerous medicinal, practical, ceremonial, and spiritual uses in the traditional cultures of coastal First Nations groups. The many medicinal purposes of this plant vary between cultures, though most traditional medicines used the roots and green inner bark. Some of the most commonly treated ailments were arthritis, rheumatism, gastrointestinal issues, colds and fever, and diabetes. Many people suffering from diabetes today still drink devil's club bark tea. While the berries are not edible to humans they were also used medicinally, such as in treating dandruff and lice.
POISONOUS:  The fruits are considered poisonous to humans but are eaten by bears.
EDIBILITY:  The fruits are considered poisonous to humans but are eaten by bears.
​FEATURES:
LEAVES:  Devil's Club grows up to 6 metres tall and has large (20 to 40 centimetres across), maple-shaped leaves. It produces small white flowers in spring and bright red fruits in summer.
FRUITS: The fruits are bright red, flattened berries that are arranged in a large terminal pyramidal cluster. They are shiny with 2-3 seeds and are 4 mm long. The seeds are inedible to humans but are a favorite to bears.

Devil's club generally grows to 1 to 1.5 metres (3 ft 3 in to 4 ft 11 in) tall. Some stands located in rainforest gullies or moist, undisturbed areas can reach heights of 3 metres (9.8 ft) to 5 metres (16 ft) or more. The spines are found along the upper and lower surfaces of veins of its leaves as well as the stems. The leaves are spirally arranged on the stems, simple, palmately lobed with 5-13 lobes, 20 to 40 centimetres (7.9 to 15.7 in) across. The flowers are produced in dense umbels 10 to 20 centimetres (3.9 to 7.9 in) diameter, each flower small, with five greenish-white petals. The fruit is a small red drupe 4 to 7 millimetres (0.16 to 0.28 in) diameter.[2]
The plant is covered with brittle yellow spines that break off easily if the plants are handled or disturbed, and the entire plant has been described as having a "primordial" appearance. The plants are slow growing and take many years to reach seed-bearing maturity; this makes them very sensitive to human impact as they do not reproduce quickly.Park officers in Alaska have recruited devil's club as a natural fence, using the plant's spines to Keep visitors from wandering off trails. Scientists and health officials in Alaska are also hoping to use the plant to develop a marketable tea for treating tuberculosis which would then be marketed to China, though this can be contentious as it brings up issues of appropriation of traditional knowledge and intellectual property. Read more about these uses of devil's club in Alaska.

THIS IS THE QUEEN OF DEVIL'S CLUB, FOUND ON THE TRAIL TO GRANITE LAKE, CMW 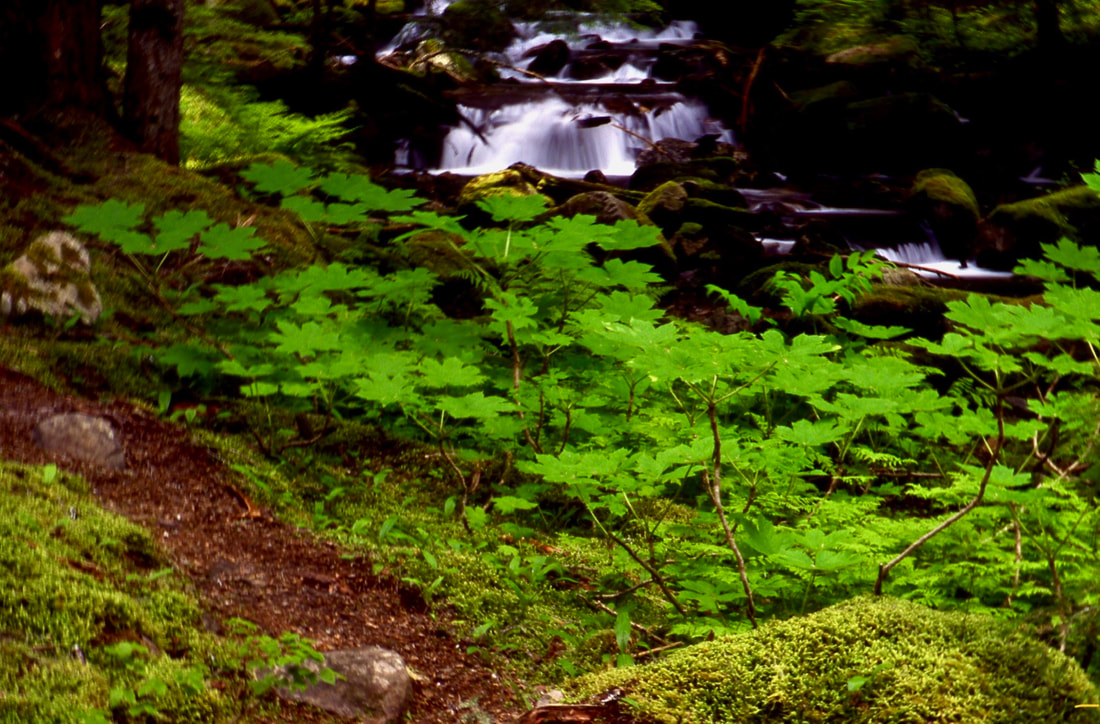 DEVIL'S CLUB ALONG THE TRAIL TO ST. PAUL LAKE