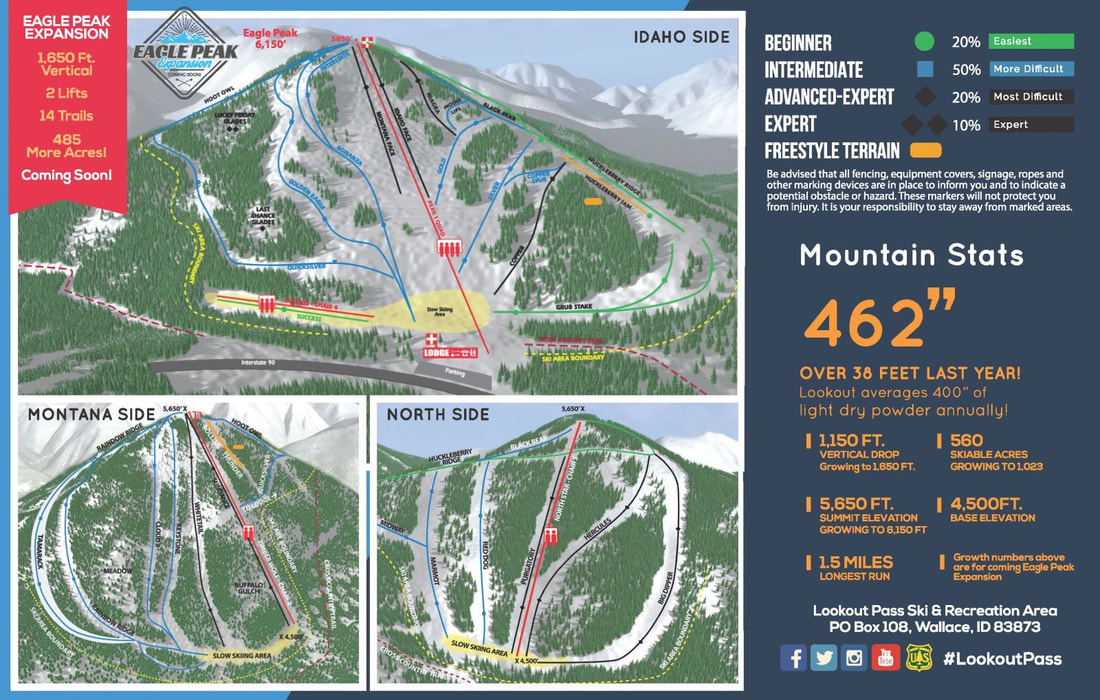 THE HIAWATHA TRAIL
​LOOKOUT PASS also operates the ROUTE OF THE HIAWATHA - SCENIC BIKE TRAIL. Described as "The Most Scenic Stretch of Rail-to-Trail Adventure in the Country", Offering 10 Dark Tunnels & 7 Sky-High Trestles. This 15 mile all downhill trail is open daily 8:30a to 5p (PST) May 28 thru Sept. 19, 2021. Learn more: www.RideTheHiawatha.com

In a timeline spanning the next 20 years, Lookout Pass is hoping to expand lift-served terrain by about 2,000 acres. Our future master plan includes opening two additional 6,200-foot peaks west-southwest of the existing ski area that stand as the gateway to the St. Regis basin. The concept includes a new 20,000 square-foot base lodge on what is currently the back side of the ski area. The existing lodge—the oldest continuously operating ski lodge in Idaho, will continue to offer full services. 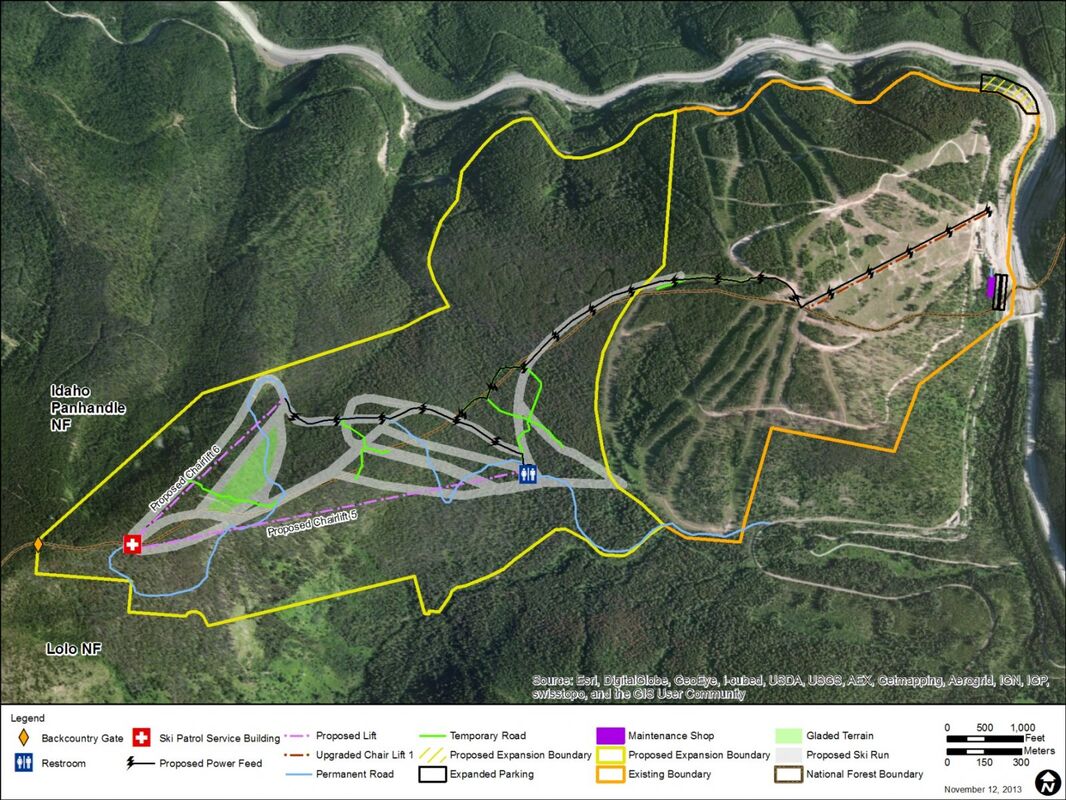 Phase I of the expansion plan has undergone the process required by the National Environmental Protection Act and the U.S. Forest Service has approved Phase One through a Record of Decision signed by IPNF Forest Supervisor Mary Farnsworth and Lolo NF Supervisor Tim Garcia, during the week of May 15th.

​The Phase I expansion increases the special-use permit area by 458 acres (expanding the area from 538 acres currently, to a total of 1,023 acres), and includes two new chairlifts to the summit of Eagle Peak (shown in the photo below) with a top elevation of 6,150'. The two new chairlifts will access 14 runs, plus gladed areas, on the north and east aspects of the new peak. Lookout's vertical drop will increase to 1,650'. An additional base lodge located in Idaho (14,000 square feet from a previous approval) and maintenance facilties are also included in the Phase I Master Development Plan plus 130 additional parking spaces. 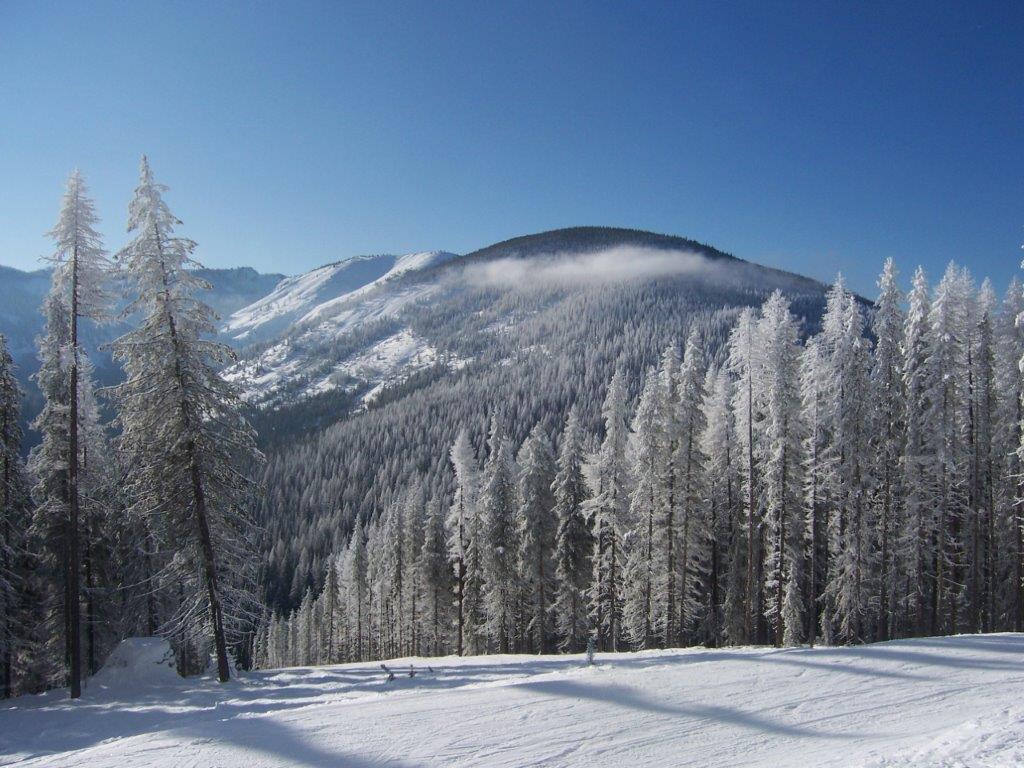 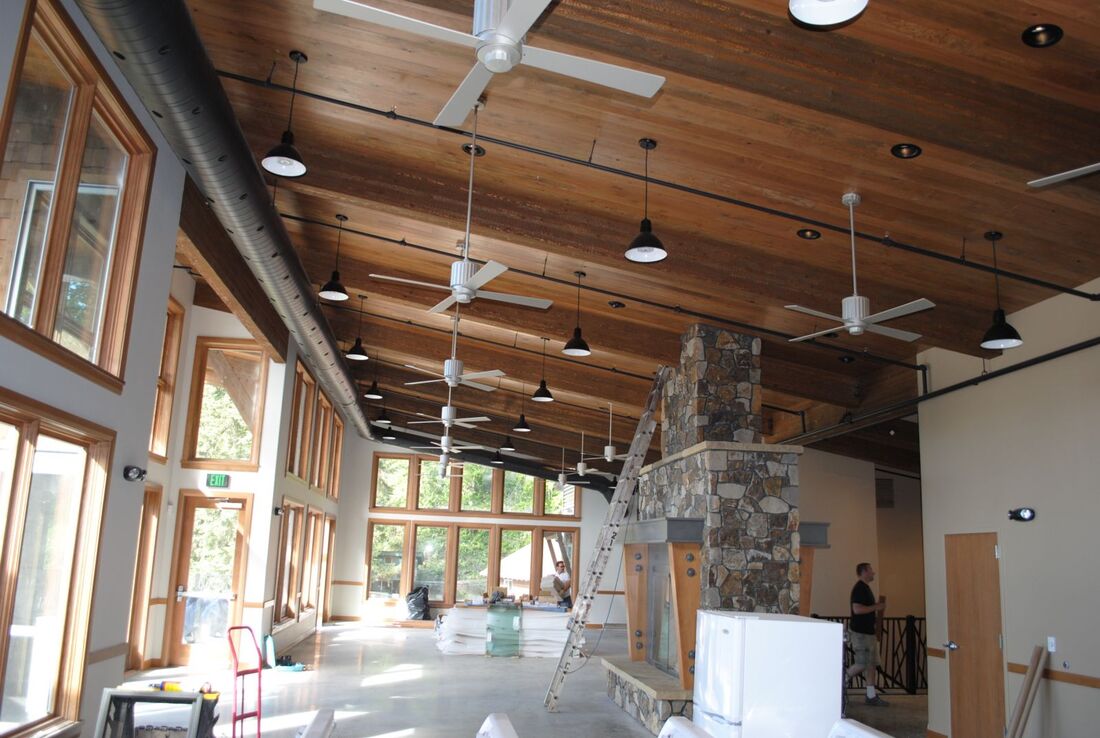 Conceptual Phase II
The conceptual Phase II of the long-range plan includes a new lodge and parking at the base of a second additional peak in an area covering about 30 acres. The new base area will continue to be accessed by Exit 0 on I-90, but instead of taking a right turn into the existing parking lot, visitors will take a left and drive down old Highway 10 – the route over Lookout Pass before the interstate was built. About a mile down the road the new base area will take shape, when and if the plan is ever accepted for NEPA review by the USFS.  No real estate development is planned.

Phase I projects were initiated starting the summer of 2017 with the construction of the Tamarack Trail and will continue this summer and fall. Specific projects are subject to logging bids, road engineering approvals and contracts plus additional ski lift and building plan review.  We will announce the proposed projects timeline, as soon as possible. ​ 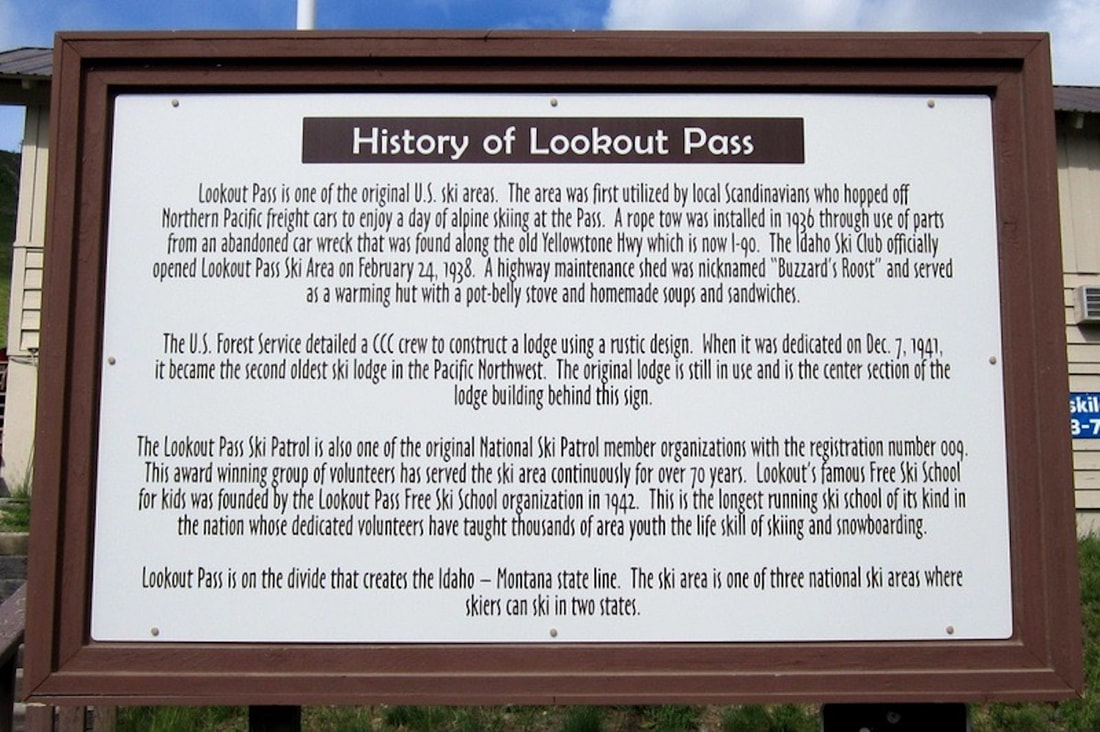 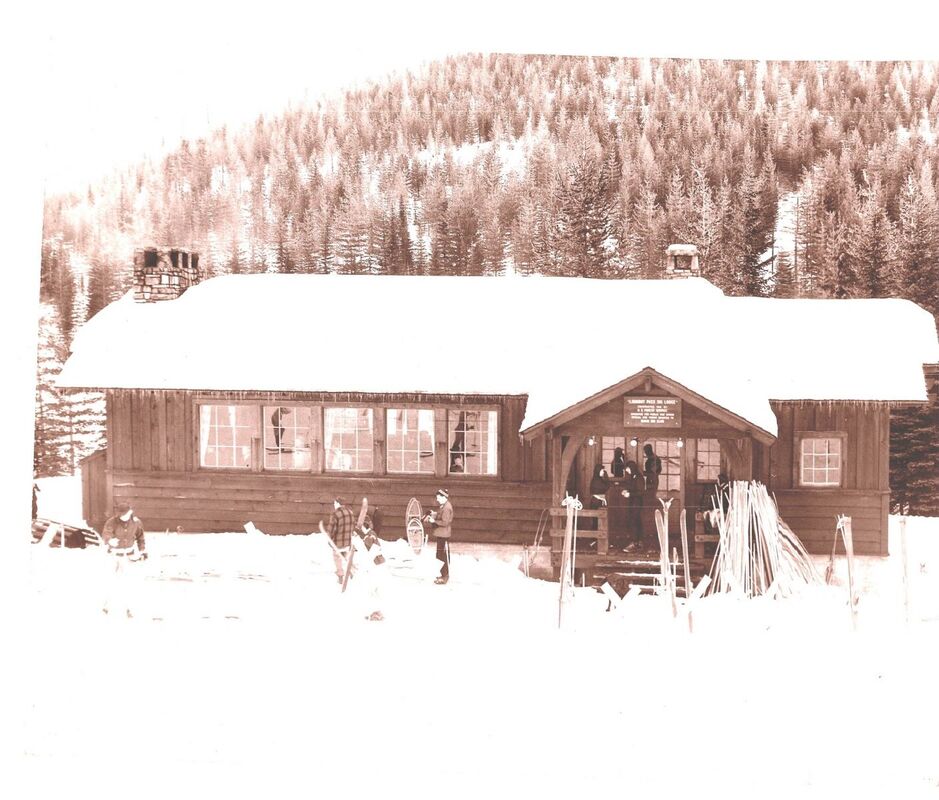 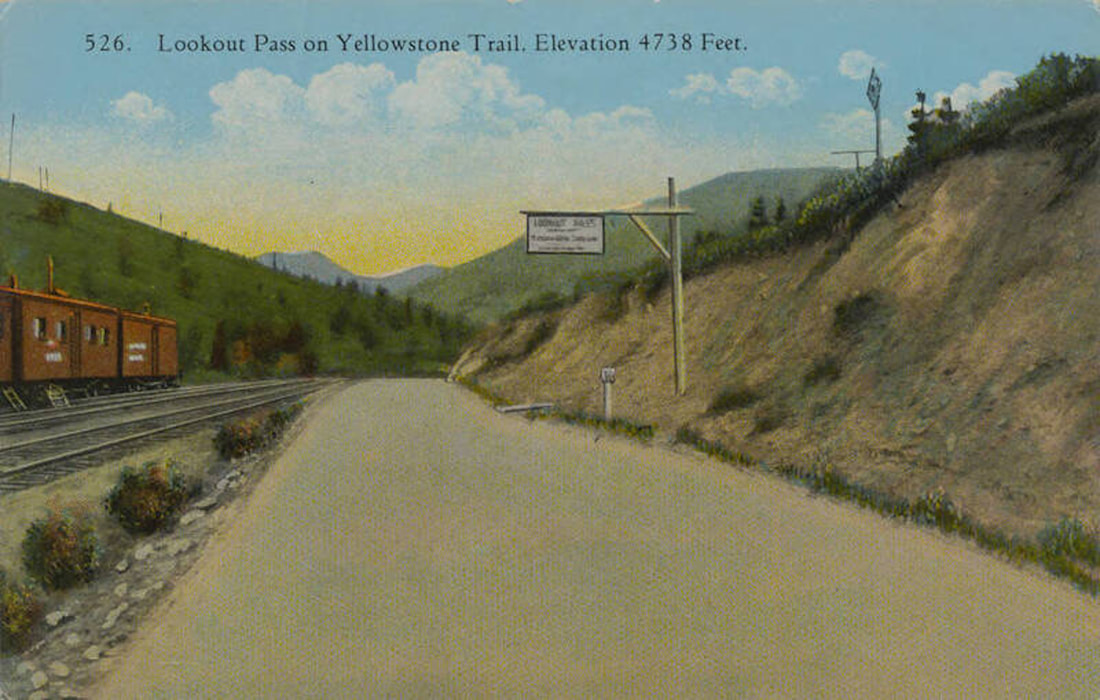 A POSTCARD FROM BEFORE THE SKI AREA 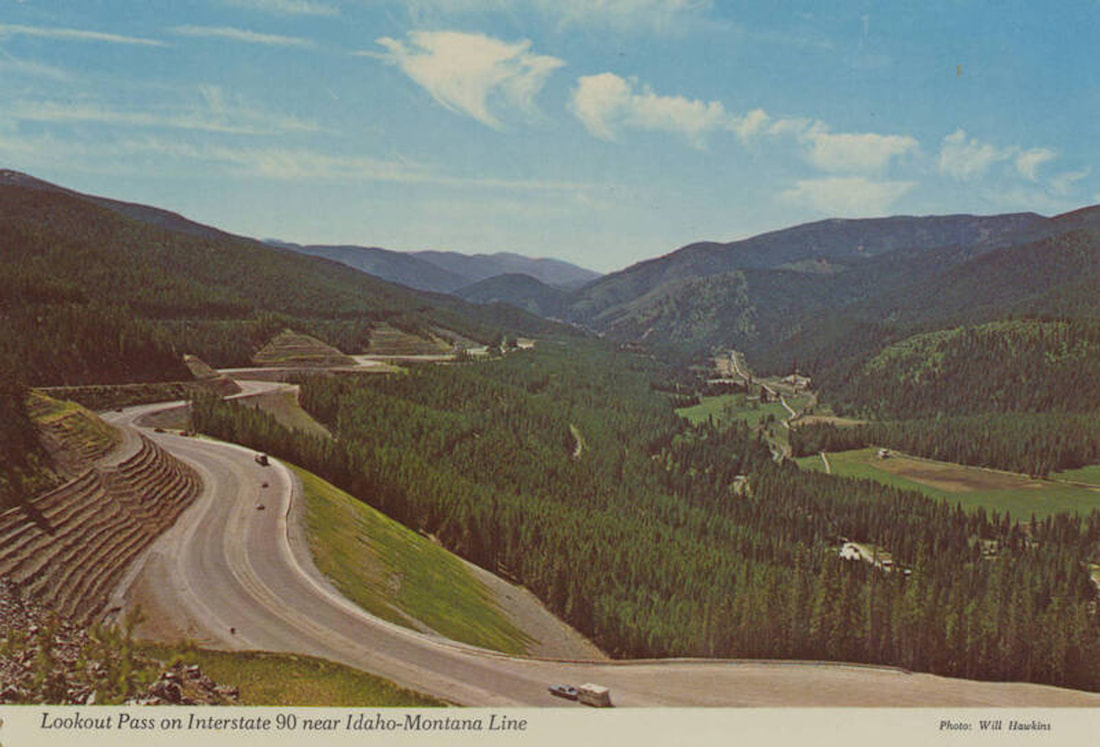 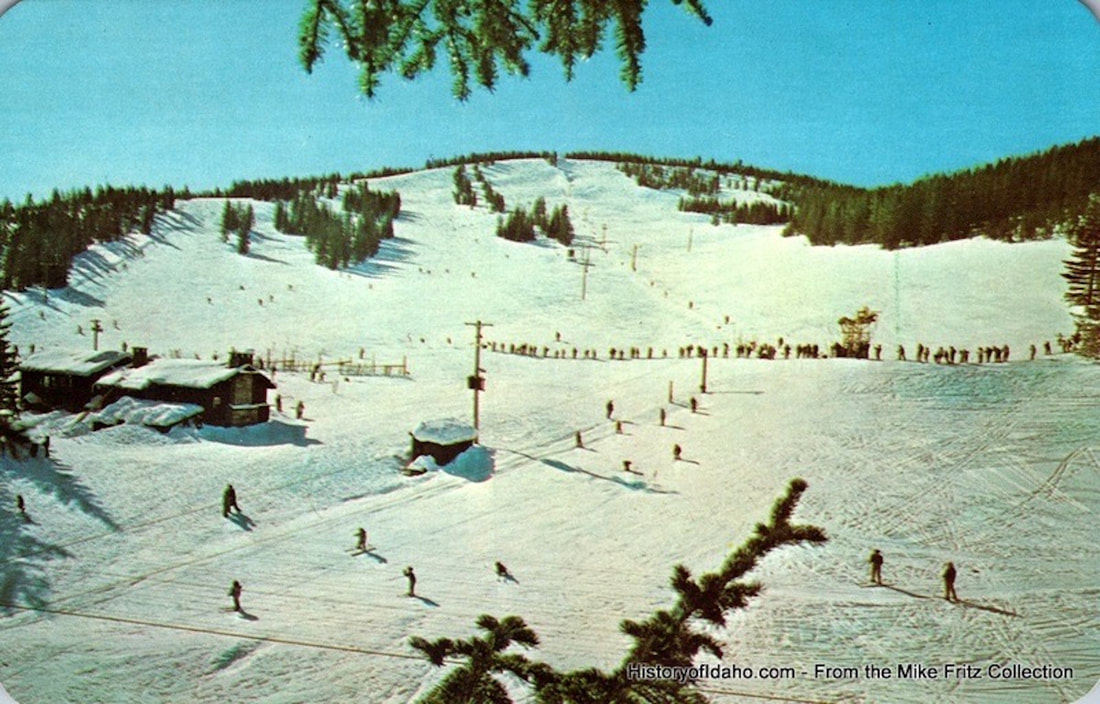 Lookout’s original historic base lodge is the second-oldest ski lodge in the northwest - here are a few key chapters from Lookout's rich past.