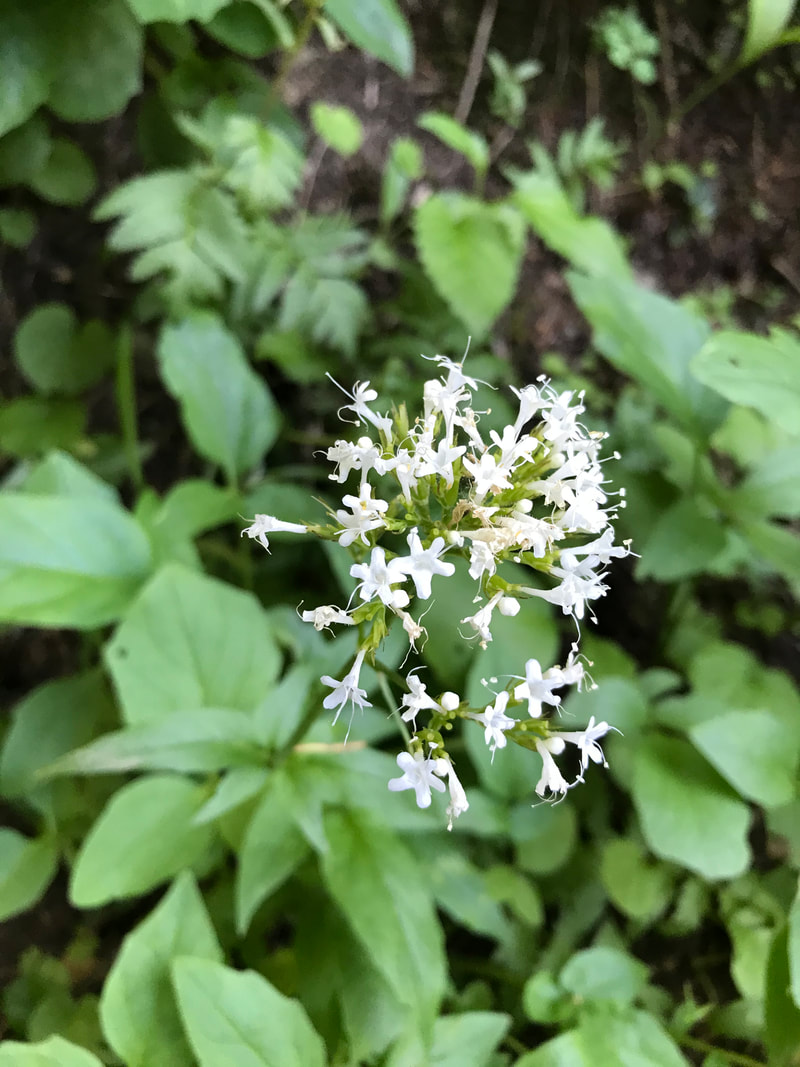 GENESIS NAME:  Valeriana sitchensis
DISTRIBUTION:   It is native to northwestern North America from Alaska and northern Canada to Montana to northern California
SEASON:  Mid summer July to August
MEDICAL USE:  Valerian has been shown to encourage sleep, improve sleep quality and reduce blood pressure. It is also used internally in the treatment of painful menstruation, cramps, hypertension, irritable bowel syndrome etc. It should not be prescribed for patients with liver problems.
POISONOUS:  Some caution is advised with the use of this plant. At least one member of the genus is considered to be poisonous raw[161] and V. officinalis is a powerful nervine and sedative that can become habit-forming. Moist open or wooded places at mid or upper elevations in the mountains, often in wet meadows.
EDIBILITY:   Native Americans cooked and ate the roots, which have a poor scent.[2] Some tribes also pounded the roots to make a poultice.
Based on the available research, take 300 to 600 milligrams (mg) of valerian root 30 minutes to two hours before bedtime. This is best for insomnia or sleep trouble. For tea, soak 2 to 3 grams of dried herbal valerian root in 1 cup of hot water for 10 to 15 minutes.
​FEATURES:  Valeriana The root of sitka valerian is edible cooked. Having a strong flavor, it needs to be steamed for 24 hours. The seeds can be parched. Valerian is a well-known and frequently used medicinal herb that has a long and proven history of efficacy.
It  is a species of valerian known by the common name Sitka valerian. It is native to northwestern North America from Alaska and northern Canada to Montana to northern California, where it grows in many types of habitat, including moist mountain forests. In moist subalpine meadows, it is often one of the most common plants.[1] This is a rhizomatous perennial herb producing a stout, erect stem to about 70 centimeters in maximum height, but known to exceed one meter at times. The leaves vary in size and shape, often having deep lobes or being composed of several leaflets. The inflorescence is a cyme of many white or pink-tinged flowers, each under a centimeter wide. The flower has five corolla lobes and three whiskery stamensprotruding from the center.
LEAVES:  Leaves opposite, chiefly cauline, 2-5 pairs, the lowermost 1-2 pairs reduced, the others well-developed, petiolate, pinnatifid, the enlarged terminal segment up to 10 cm. long and 7 cm. wide, the 1-4 pairs of lateral segments up to 7.5 cm. long and 4.5 cm. wide; upper leaves reduced and sub-sessile; all leaves and their segments usually wavy margined.
FRUITS:   Fruit an achene, 3-6 mm. long, ovate-oblong to ovate, glabrous. 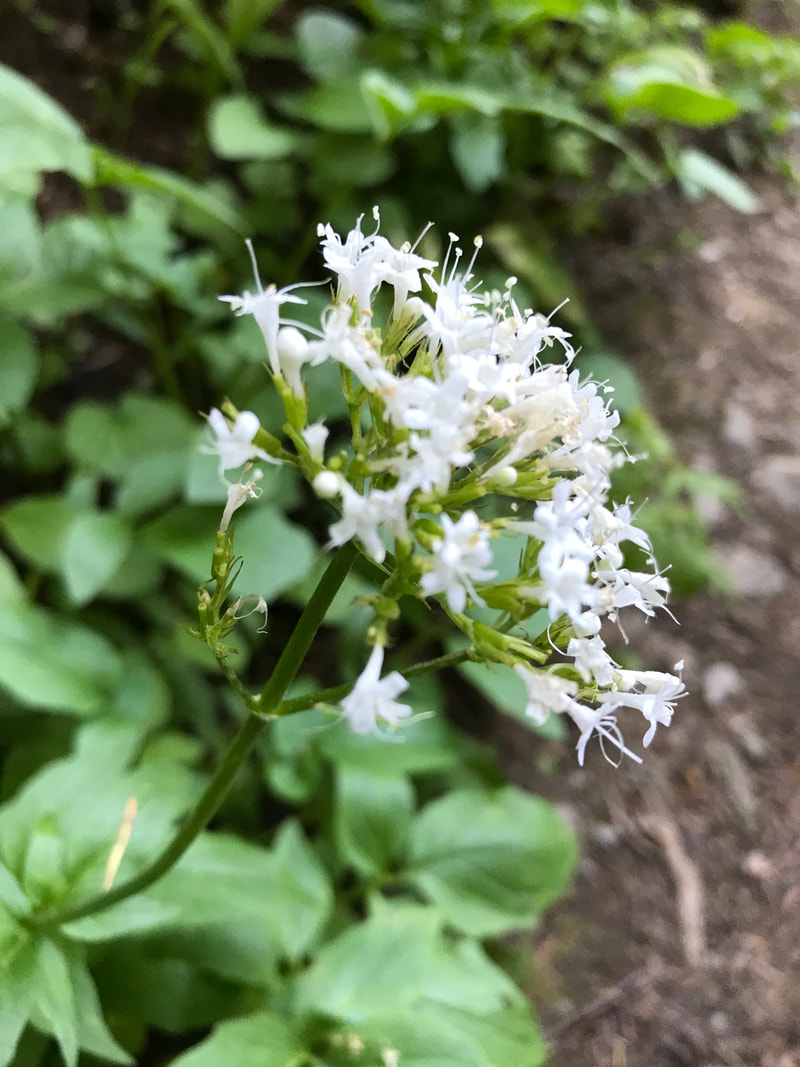