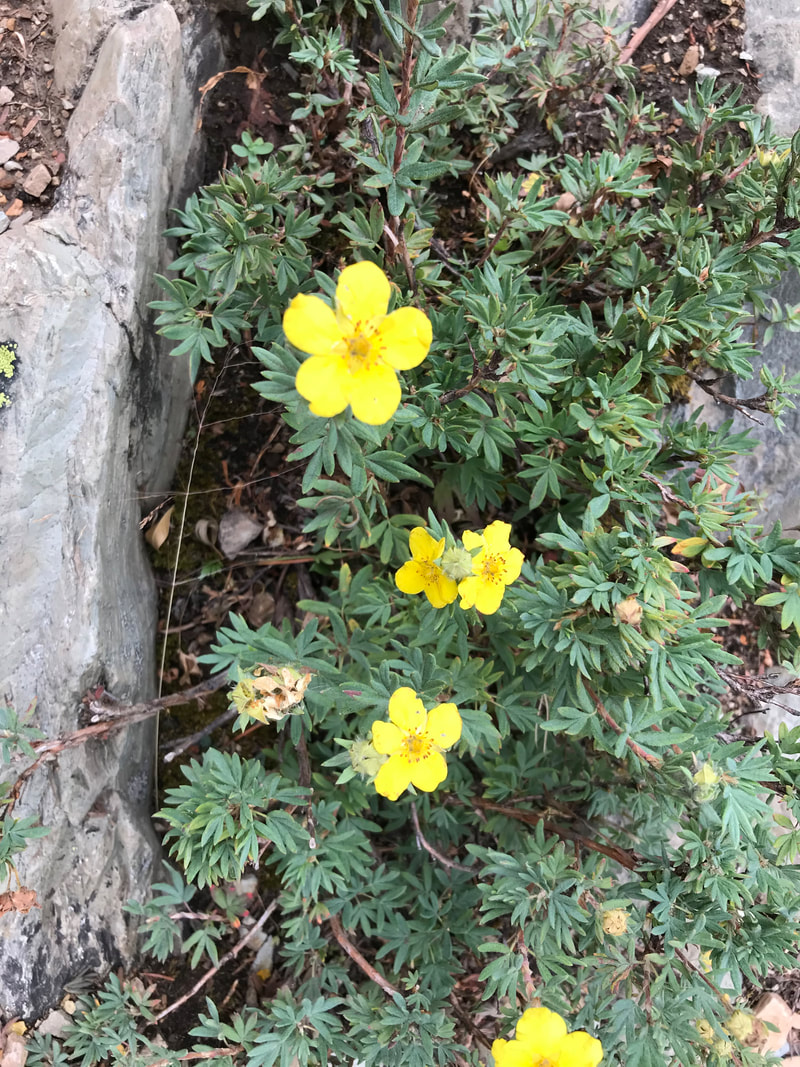 GENESIS NAME: Potentilla Sp.
DISTRIBUTION:  Shrubby cinquefoil is widely distributed throughout the northern hemisphere. It is found in Europe, Asia, and North America [149]. In North America, shrubby cinquefoil ranges from Alaska and the Northwest Territories east through Canada to Labrador, Newfoundland, and Greenland. Ive seen them at the Stevens Peak Region, and the American Selkirks.
SEASON:  May to Roctober
MEDICAL USE: The powdered or crushed root or cinquefoil can be used to stop small cuts from bleeding by causing blood vessels to contract. Cinquefoil is also useful and effective as a means of detoxing and has been found helpful in reducing withdrawal from addictive alkaloids like nicotine and cocaine.  Cinquefoil also has antiseptic properties and is used to make a mouthwash for thrush infections as well a gargle for periodontal disease and other gum and teeth problems. A strong decoction will inhibit infections wounds.​
​POISONOUS:
EDIBILITY:  For the Euell Gibbons fans: yes, young shoots and leaves of cinquefoil are edible in salads or cooked as a pot herb. ... Cinquefoil contains large amounts of tannins so that an infusion made from the root can be used as an astringent for cleansing and soothing the skin.
FEATURES:  Cinquefoils are chiefly perennial and have stems that are creeping or erect. The leaves are palmately compound (the leaflets arise from a common centre) or pinnately compound (feather-formed). The solitary five-petaled flowers are usually yellow, sometimes white or red in horticultural varieties.
LEAVES:  See above
FRUITS:  Sulfur cinquefoil flowers from early May to July. The fruit is an achene (a dry fruit with a single seed and thin walls that does not open at maturity; for example, a sunflower “seed”). These achenes are shaped like commas and are dark brown with a netted pattern covering the surface.

This pretty yellow flower was spotted along side Lower Stevens Lake. Its an early spring bloomer in May thru July.
Notice the plants meaty leaves. Later in the season, they are all you see.

I PHOTOGRAPHED THIS SHRUBBY CINQUEFOIL
​ALONG THE WEST SIDE OF LOWER STEVENS LAKE, IDAHO 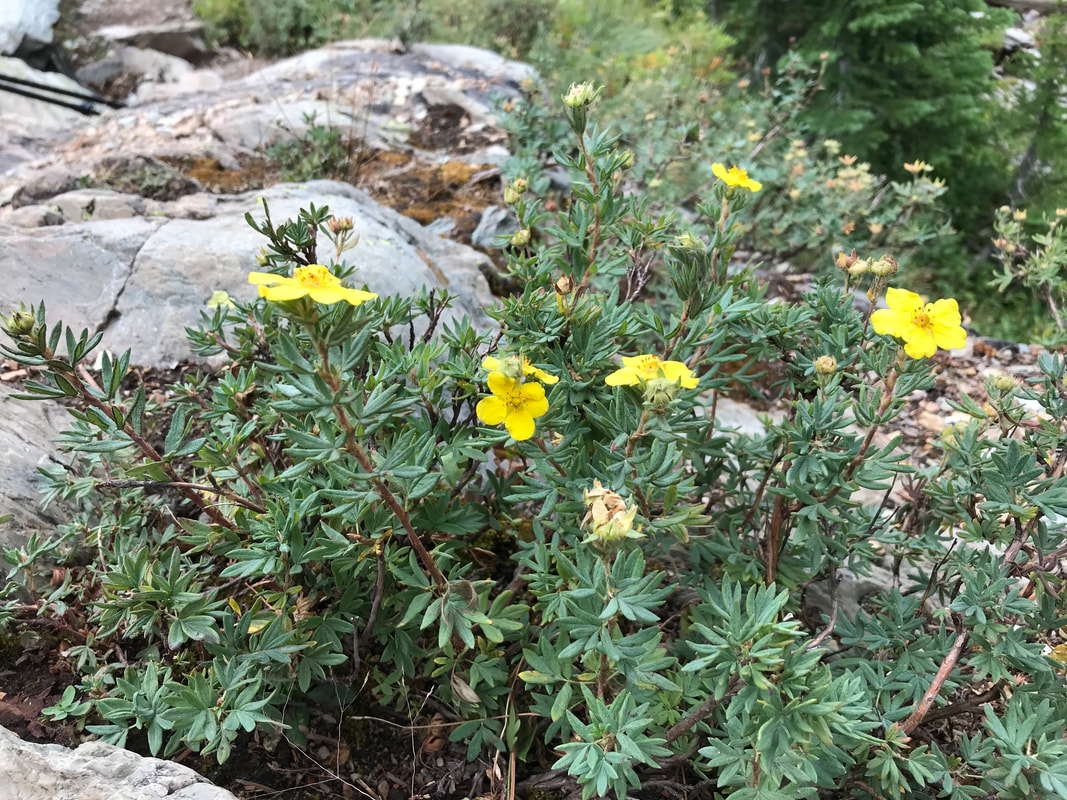