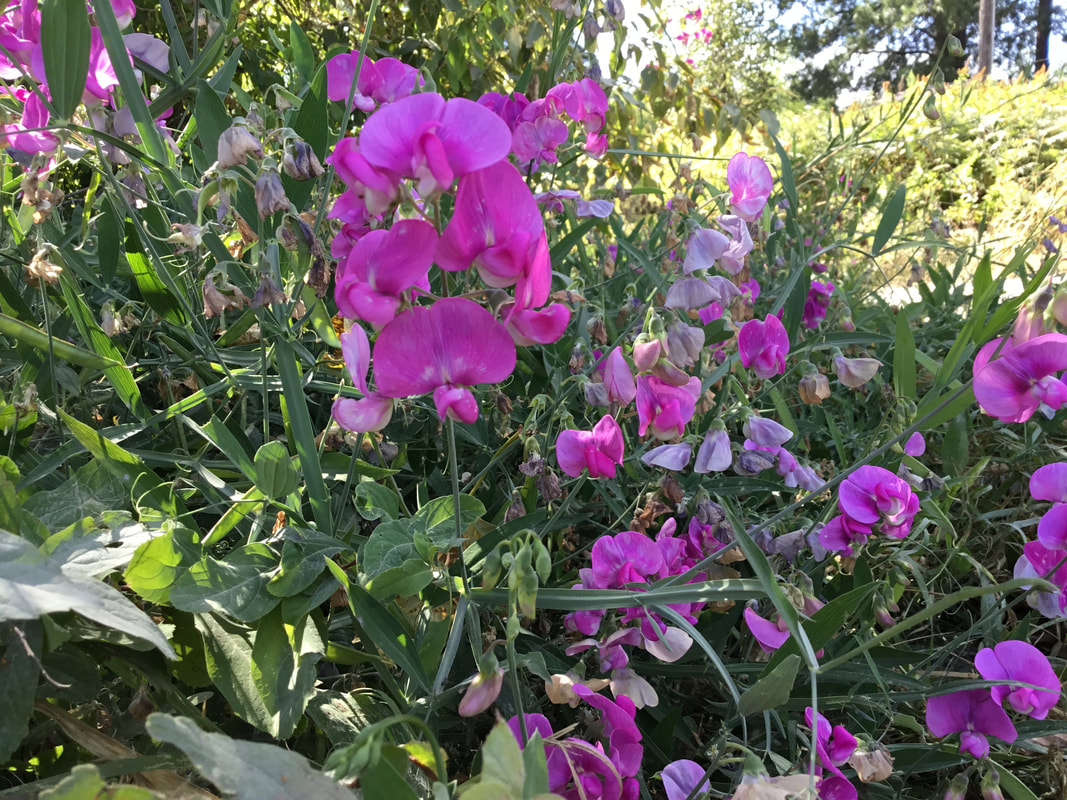 GENESIS NAME:  Lathyrus latifolius
DISTRIBUTION:  The Lathyrus genus contains 160 species from the north temperate zone, South America, and east Africa. This genus is known for its climbing or sprawling growth habit and branched tendrils (Diggs et al., 1999). Perennial pea is native to Europe and is naturalized in the United States.SEASON:  Perennial sweet pea vine produces flowers in abundance throughout the summer and into the fall. To encourage more blooms, be sure to deadhead spent flowers. If you don't deadhead, the plant will produce seedpods which resemble those of an edible pea plant.
​MEDICAL USE:
POISONOUS:  The seeds of sweet peas are mildly poisonous, containing lathyrogens that, if ingested, in large quantities can cause a condition called Lathyrus. This is generally seen to occur after famines where the seed is often the only source of nutrition for extended periods of time.
EDIBILITY:  Although word has apparently gotten around that the peas within the seed pods are not only edible but also tasty, eating large quantities can trigger a disease fittingly called lathyrism.

FEATURES:  Broad-leaf Sweet Peas range from white to pink too purple. the pedals are very showy, and often have different shares of purple on a single flower
LEAVES: The leaves are pointed oblong green leaves that are placed on alternative sides of the stem.
FRUITS:  Sweet peas will keep flowering if you pick the flowers regularly - a good excuse to have some beautiful flowers in your home. Remember- sweet pea seed pods look similar to edible pea pods but they are poisonous and must not be eaten.

Perennial Sweet Pea or Everlasting Pea is an old fashioned herbaceous perennial climbing vine with beautiful bright flowers that grows up 10' tall. This plant blooms in summer, and blooms are on long peduncles above the foliage. It climbs by tendrils and can be trellised or used to cover a fence or other structure. It makes a nicely mounded ground cover and will cover a bank. The stems have leafy wings which contribute to its ornamental appeal. Key identifiers include the winged stems and the ternately compound leaves with the 3rd leaf being a 3-branched tendril. This plant requires full sun and well-drained soil. Seeds are propagated by pre-soaking the seed in water for several days, then planting less than half an inch deep in the early spring.This plant dislikes being transplanted and has no serious pest problems.
3-part leaf with 3rd part being a 3-branched tendril
Herbaceous vine with winged, green stems
Pea-like flower clusters on long stems above foliage
Fruit is bean-like pod with green 'peas' inside 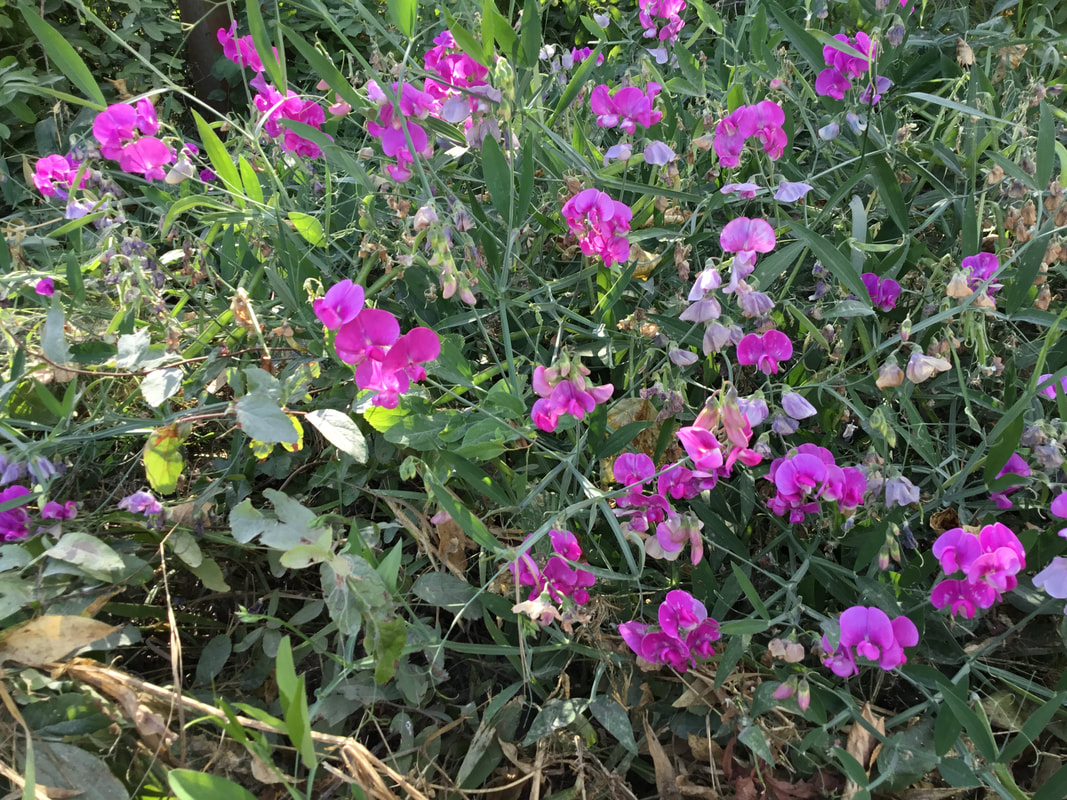