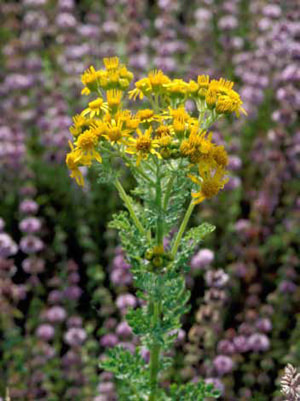 GENESIS NAME:  Tanacetum vulgare
DISTRIBUTION:  Wa, Id, Mt, Or, Co, Cal, and around the Great Lakes
SEASON:  April thru Roctober
MEDICAL USE:  Tansy is also used to treat roundworm and threadworm infections in children. Other uses include treatment of epileptic seizures, colds, fever, hysteria, gout, kidney problems, and tuberculosis. It is also used to kill lice and bacteria; promote sweating; calm the nerves; and act as an antioxidant, tonic, and stimulant.
​POISONOUS:
EDIBILITY: I wouldn't recommend eating this flower
FEATURES:  Tansy is also a staunch garden protector. There are impressive claims that it repels all kinds of pests such as ants, flies, fleas, moths, mosquitoes, ticks, and even mice.
LEAVES:  The basal rosette leaves are dark green with purplish stems and are ruffled or lobed. The stem leaves are deeply divided into irregular segments, giving the plant a ragged appearance. The younger leaves may be lightly covered with cottony hairs, especially along the midveins and lower surfaces. While the leaves towards the bottom of the stem may have short stalks, the upper leaves are smaller and attach directly to the stem. The stem leaves are alternate and two to eight inches long. Flowering stems grow 8 to 36 inches tall. Leaves are alternate and are deeply divided into irregular segments. Yellow flowerheads are daisy-like and occur in clusters of 20 to 60.
FRUITS: Yes, but they are not edible. Fruit is an achene that is shaped like an cylinder.
​The yellow flowerheads are daisy-like with light brown centers. Each flowerhead has many disc florets, which make up the center, and 13 ray florets, which make up the yellow petals along the outside. Under each flowerhead are 13 black-tipped bracts. 20 to 60 flowerheads occur into dense, flat-topped clusters at the ends of the branches. Tansy ragwort flowers July through September.
​The fruit is an achene (a dry fruit with a single seed and thin walls that does not open at maturity; for example, a sunflower “seed”). The achenes, which have shallow ribs, are shaped like cylinders. Both the disc florets and the ray florets produce achenes with a ring of soft white bristles capping one of the ends. However, the disc achenes retain these bristles and are otherwise hairless, while the ray achenes shed their bristles early in fruit development and have soft hair along the ribs.

Tansy ragwort is a biennial, perennial, or winter annual herb. Typically, it remains a rosette the first year of growth, bolting into a single flowering stalk in the second year to flower, fruit, and die. The rigid flowering stems branch near the top and usually grow 8 to 36 inches tall. Tansy ragwort has a short taproot that produces many spreading, fleshy roots. The roots and crown readily develop new shoot and root buds after injury. Root fragments can also produce new shoots. Besides reproducing vegetatively, tansy ragwort also reproduces by seed. The seeds, which can remain viable in the soil for about six years, disperse via wind, water, machinery, animals, shoes, and clothing.