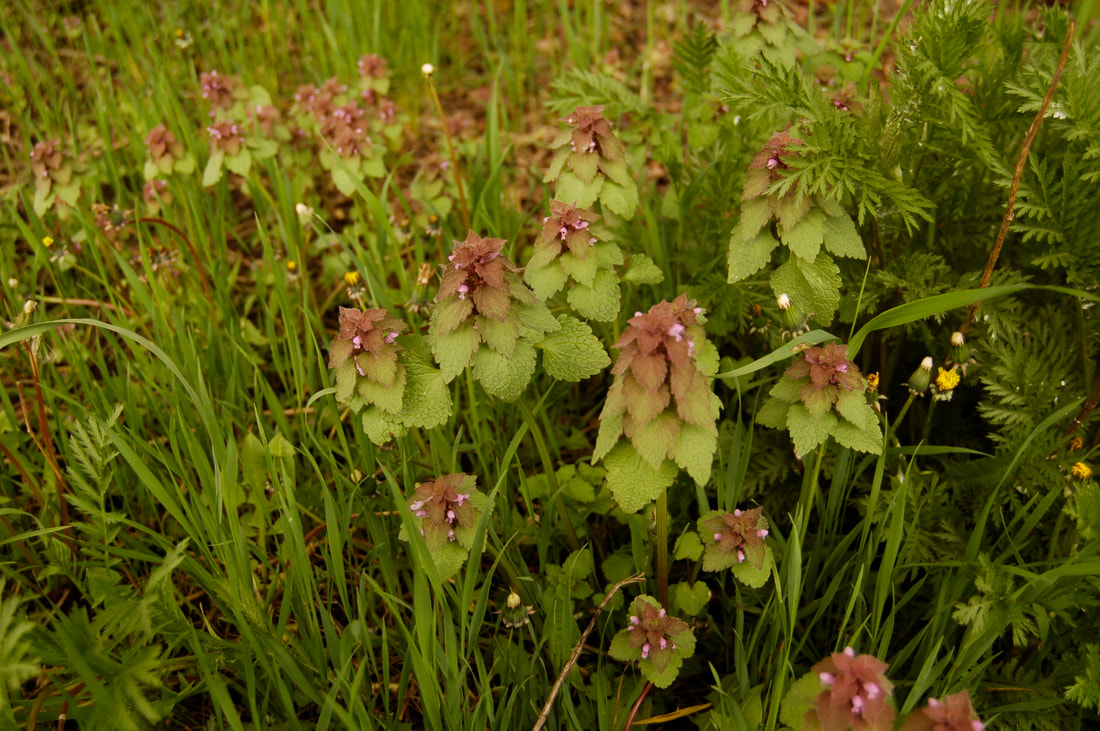 Purple Dead-nettle is usually considered a weed and originates from Europe and Asia. It is low growing and blooms occur throughout the year including warmer weather in winter. It can be found in lawns, along roads, gardens and meadows. It is often confused with Henbit and they can grow together. Henbit has stemless leaves.
Prefers full sun to light shade and moist fertile soil. The foliage is little bothered by disease and insect pests. This plant develops quickly during the cool weather of spring.
Red dead-nettle does not sting. It displays dense clusters of pinky-red flowers in whorls around its stem, and can be found on disturbed ground, such as roadside verges.

FROM THE MICHIGAN STATE UNIVERSITY
Purple deadnettle (Lamium purpureum) and henbit (Lamium amplexicaule) are common weeds in the mint family that appear in early spring. They tend to grow in areas where the soil has been disturbed, such as fields, gardens and areas along buildings. Among other features, members of the mint family have a characteristic square stem.
Purple deadnettle and henbit are winter annuals. Winter annuals begin to develop in fall, form a small rosette of leaves that overwinter, and complete their development in spring, forming flowers and seeds. They die in late spring and early summer after setting seed. Both have two-lipped tubular flowers, opposite leaves and square stems. Henbit flowers are pink to purple with darker purple spots than those of purple deadnettle. The flowers of henbit are longer and more slender than those of purple deadnettle.
The leaves of purple deadnettle at the apex of the stems are tinted purple and fade to green as they mature. The leaves have a short petiole (stem) and are heart- or triangular-shaped with rounded teeth on the leaf margin. The leaves of henbit are more rounded and scalloped and clasp the stem directly – they do not have a leaf petiole.


Henbit and purple deadnettle reproduce by seeds. If you are trying to eliminate them with a herbicide, they are best controlled in fall or when they are actively growing. If there aren’t that many, they can be pulled or hoed out, or mowed down before they set seed.
Pollinators like these flowering weedsAlthough they are considered weeds, you may be interested to learn that henbit and purple deadnettle are utilized as a food source by pollinators in early spring. The flowers of henbit provide a pollen and nectar source for long tongued bees such as honey bees and bumble bees in March and April. The nectar of purple deadnettle is attractive to bumble bees, honey bees and digger bees, a group of large bees that nest in the ground. They are also attractive to a bee mimic called the giant bee fly (Bombylius major). The adults of bee flies are pollinators. Bee flies are known to produce parasitic larvae in the nests of a number of ground dwelling insects including solitary bees, tiger wasps and cutworms. Some are very host-specific and others will parasitize a variety of hosts. The larvae of B. major are parasitic on solitary bees, including digger bees.

I FOUND THESE PLANTS NEAR THE SHOSHONE MEDICAL CENTER
IN KELLOGG IN MID MAY, 2022 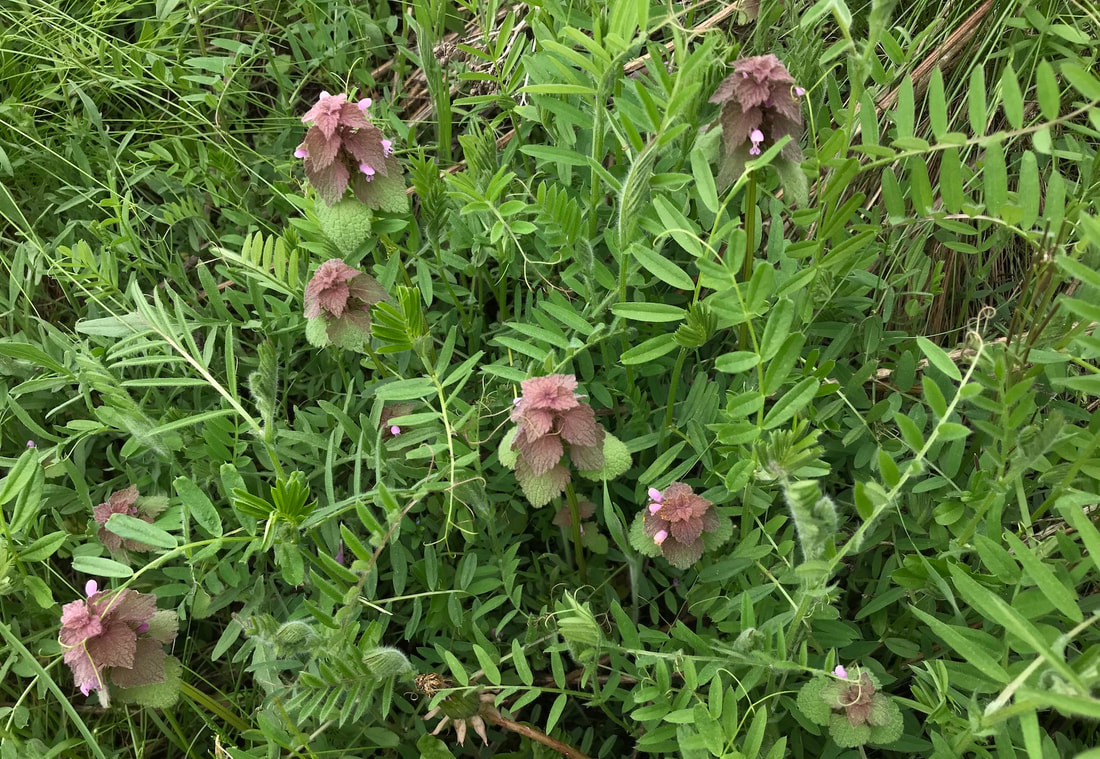 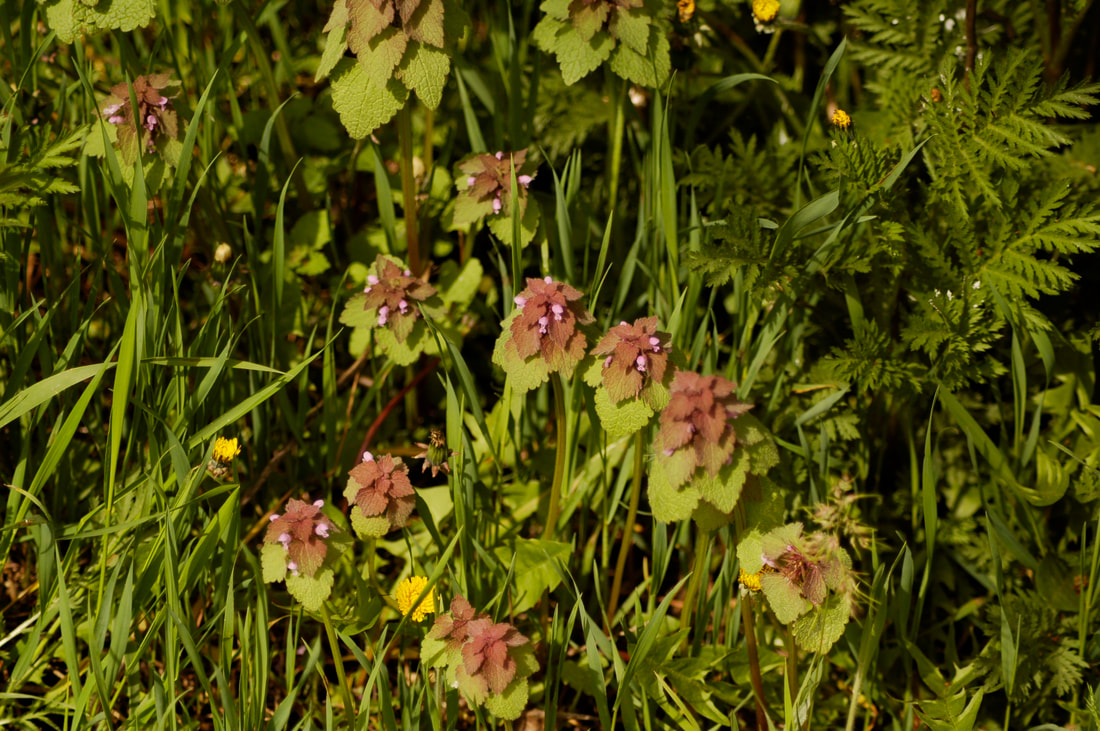 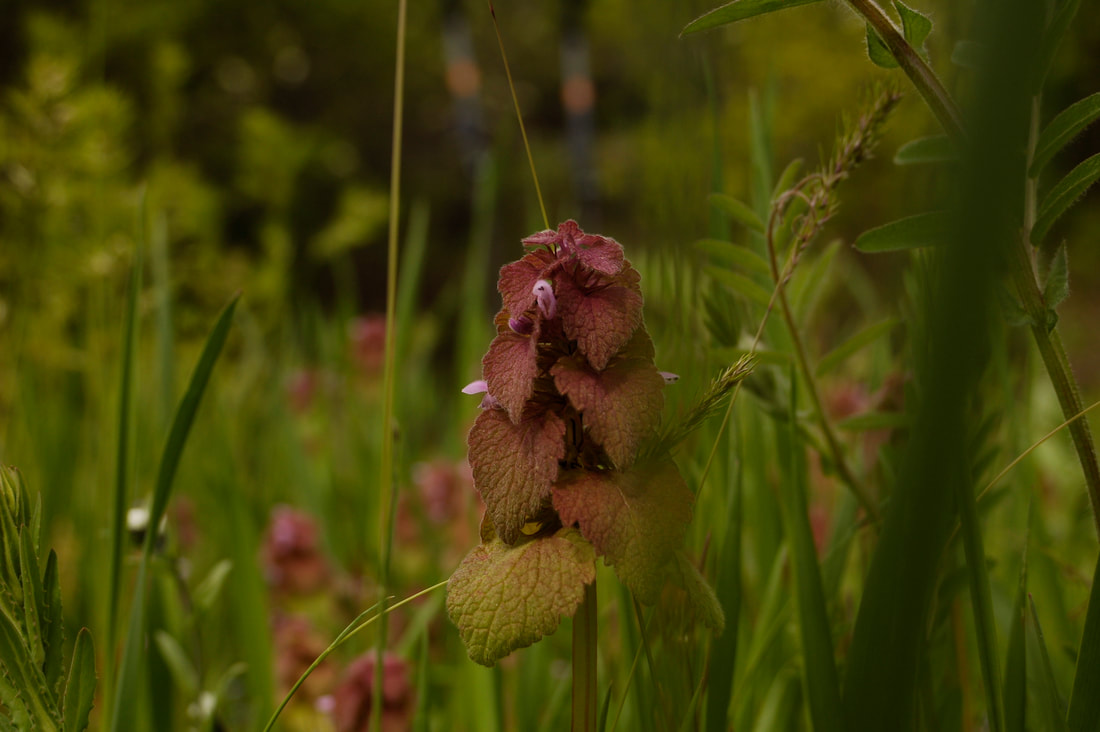